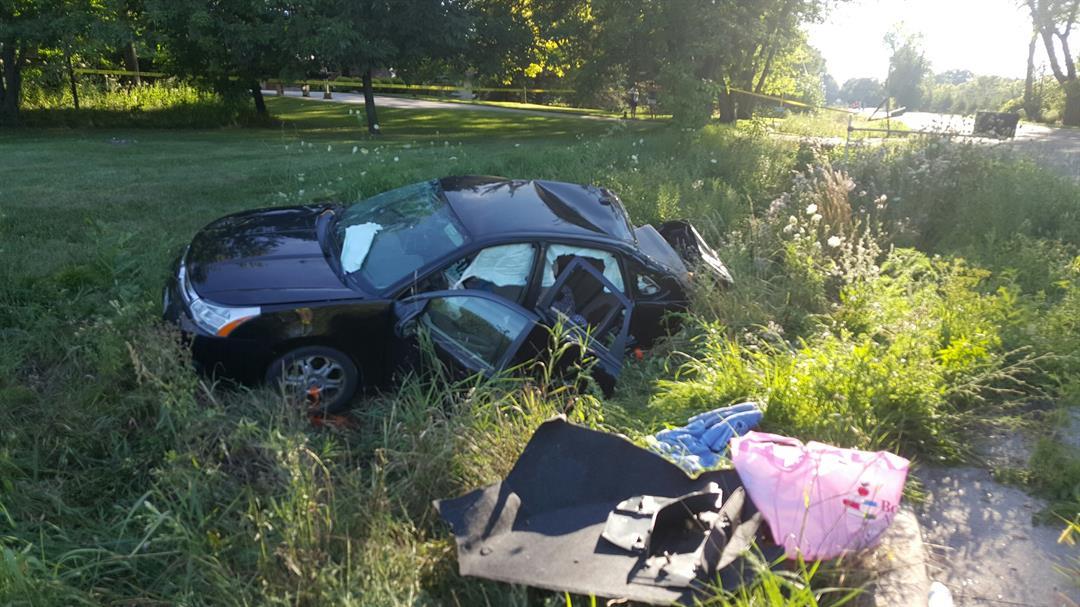 Operator: 911. What's the address of your emergency?

Caller: I'm on the corner of Bridge and Granville in the town of Cedarburg. Very serious motor vehicle accident. Personal injury. We need someone here now.

Operator: Okay, can you tell how many people are injured?

Operator: the fire department's on the way, ma'am

Caller: we've got a 4-year-old in the car that's not conscious.

The Ozaukee County sheriff's Office says alcohol and drugs were not a factor, but they don't know any factors that led up to the crash.

The neighbor who called 911 says it can be hard to see the stop sign if the sun is a driver's eyes.

"Our recommendation is that people just be aware and drive safe," said Lt. Lambrecht.

Other neighbors near the crash told CBS 58 they're worried about the speed of the two roads at the intersection, and say they don't go on walks with their kids, and often hear honking horns and screeching tires.

"It is a 4 year old child, and it is something no one ever wants to go through, and it's definitely a difficult time for the family," said Lt. Lambrecht.

The sheriff's office says they have never worried about the intersection, but will now take a closer look after this tragic loss.

UPDATE: The 4-year-old who died after a crash in the Town of Cedarburg is Kristin Stewart's daughter, according to Ozaukee County Sheriff's Office.

Kristin Stewart was driving a Ford Focus and didn't yield at a stop sign.

According  to the Sheriff’s report, the car was westbound on Bridge Road when it collided with a southbound  dump truck at the intersection of Granville Road.  The accident occurred around 5:45 PM.  Stewart was taken to a local hospital with non-life threatening injuries.

ORIGINAL: A 4-year-old Jackson girl has died from the injuries she suffered in a two vehicle collision in the Town of Cedarburg late Monday afternoon.

According to the Ozaukee County Sheriff’s Office, the girl was a passenger in a Ford Focus driven by 35-year-old Kristin Stewart of Jackson.

According  to the Sheriff’s report, the car was westbound on Bridge Road when it collided with a southbound  dump truck at the intersection of Granville Road.  The accident occurred around 5:45 PM.  Stewart was taken to a local hospital with non-life threatening injuries.

The truck driver,  57-year-old Richard Kreuser of Slinger, was not injured.

The Sheriff’s Office investigation found that the Ford failed to yield at a stop sign on Bridge Road before being struck by the dump truck.  Alcohol and drugs are not considered  factors in the accident.  The crash remains under investigation.