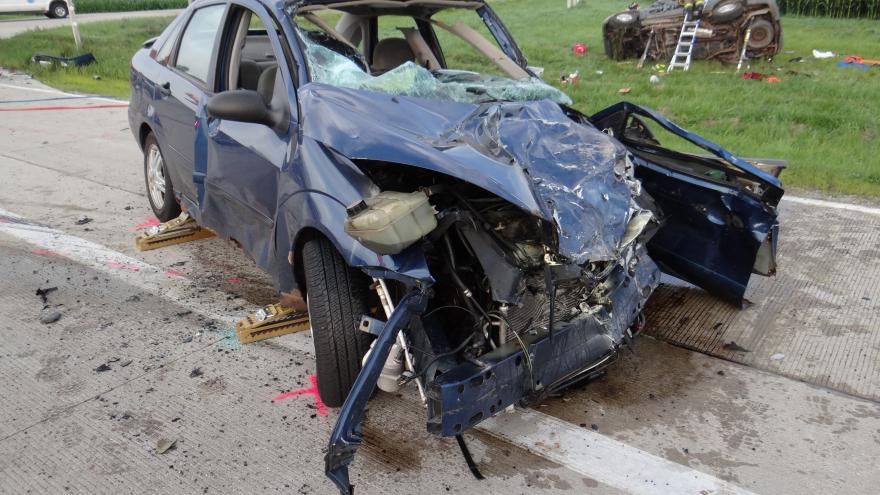 On Friday morning at 6:16 AM, the Dodge County Sheriff’s Office responded to a car crash on County Highway W at the intersection with County Highway A, in the Town of Oak Grove.

Preliminary investigation shows that a 48-year-old man from Waukesha identified as Chad Sorensen was driving a 2000 Ford passenger car west on Highway W, approaching the stop sign at the intersection with Highway A.  A 34-year-old woman from Juneau was driving a 2002 Ford SUV north on Highway A, approaching the same intersection. Sorensen failed to stop for the stop sign and entered the intersection, causing the two vehicles to collide.