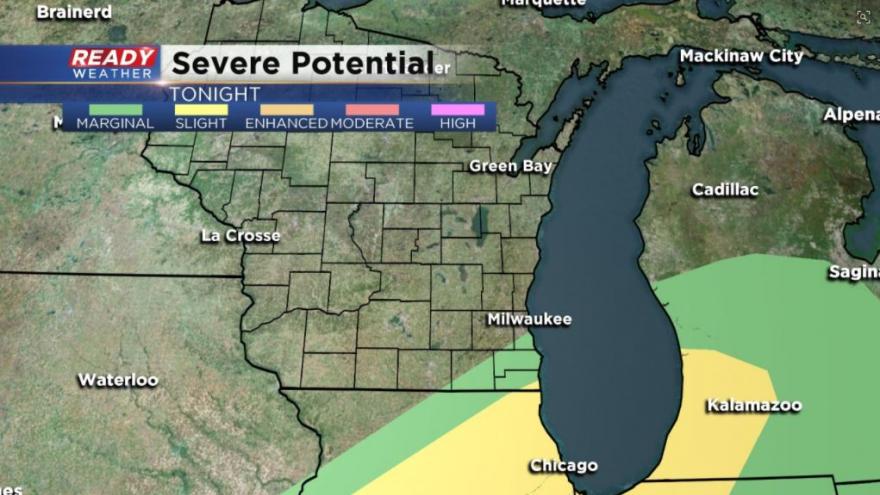 MILWAUKEE (CBS 58) -- The majority of the stronger storms have stayed south of the Wisconsin, Illinois border. Only a sliver of Kenosha County remains in the "slight" risk for severe weather but that risk is dwindling quickly.

In addition, the flash flood watch has been cancelled for all of southeast Wisconsin. Some cities could still pick up 3" by the time rain ends Sunday morning, but it won't come fast enough for flash flooding to be a concern.

Here's where 24 hour rain totals stood as of Saturday afternoon: 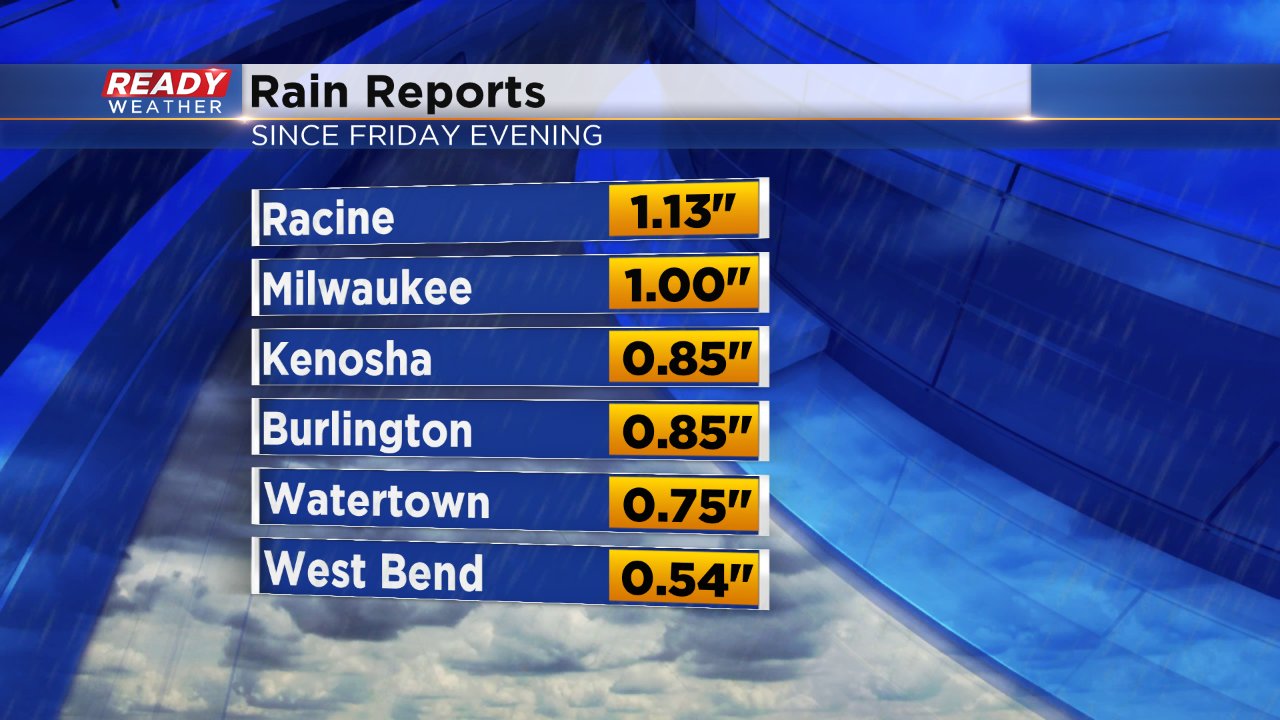 MILWAUKEE (CBS 58) -- The CBS 58 Ready Weather team has been tracking Saturday's rain and storms for a few days. Most of southeast Wisconsin has been within the "marginal" risk for severe weather since Thursday, but on Saturday that risk was upgraded. As of Saturday afternoon, parts of Walworth, Waukesha and Milwaukee Counties are in the "slight" risk along with all of Racine and Kenosha Counties. The rest of the viewing area is in the "marginal risk".

A few rounds of strong to severe storms will be possible the rest of this evening and continuing into the overnight hours. Rain will wrap up by Sunday morning. 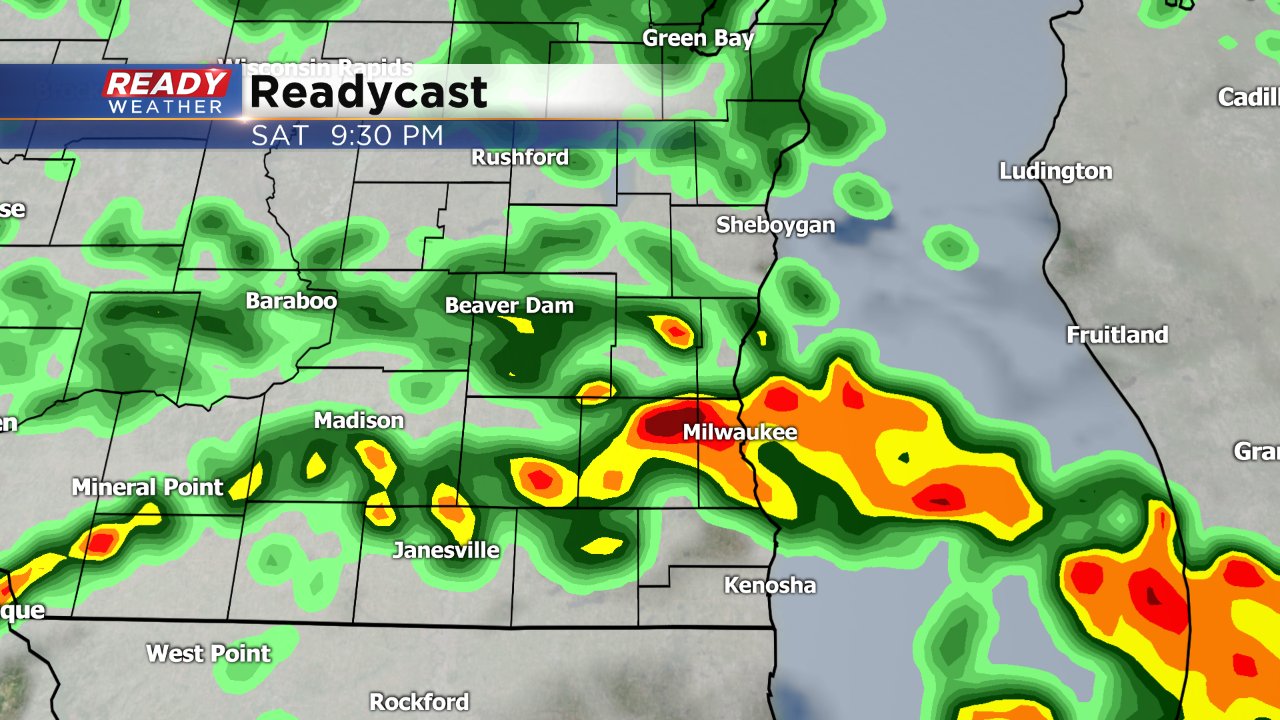 Damaging wind is likely the biggest severe threat with any severe storms that develop, but small hail and isolated tornadoes cannot be ruled out. Heavy rain will also be a big issue and a flash flood watch has already been issued for the southern half of the viewing area. 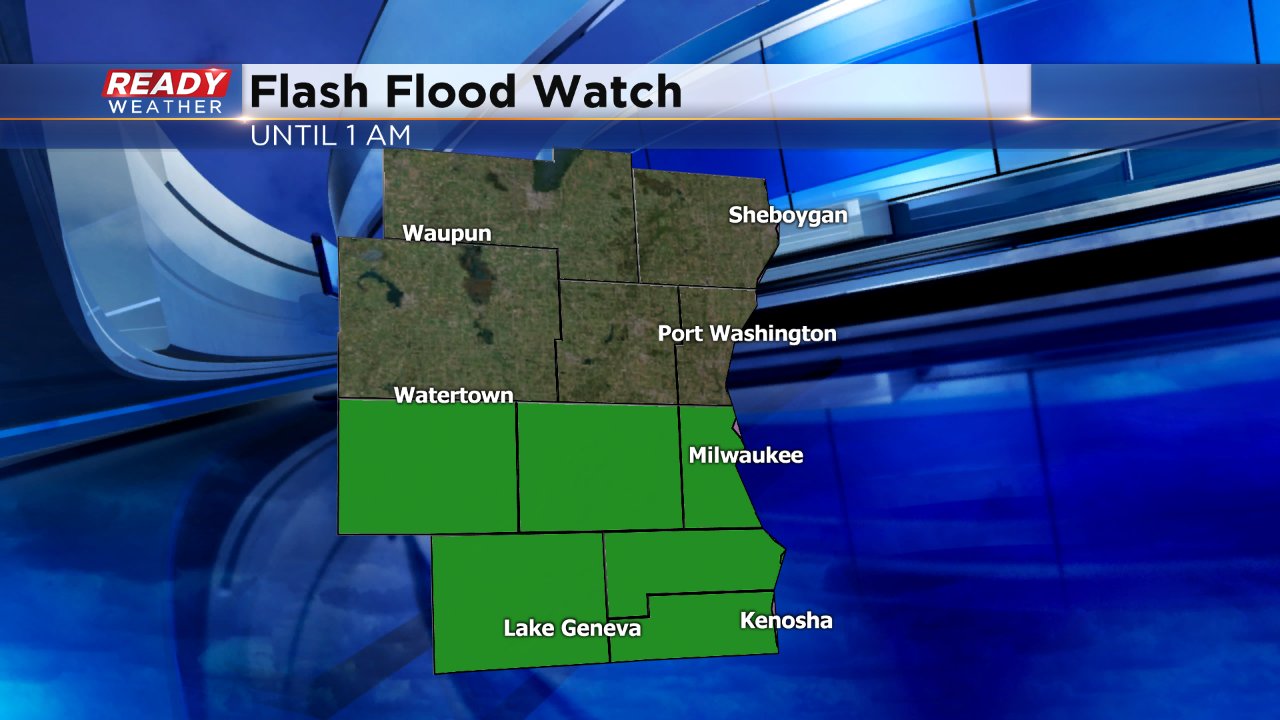 Northern counties will get a nice, doable half inch to an inch of rain. Southern counties where the flash flood watch is in effect could see over 3" by Sunday morning. If over an inch and a half of that falls in a three hour time period, flash flooding would be likely. 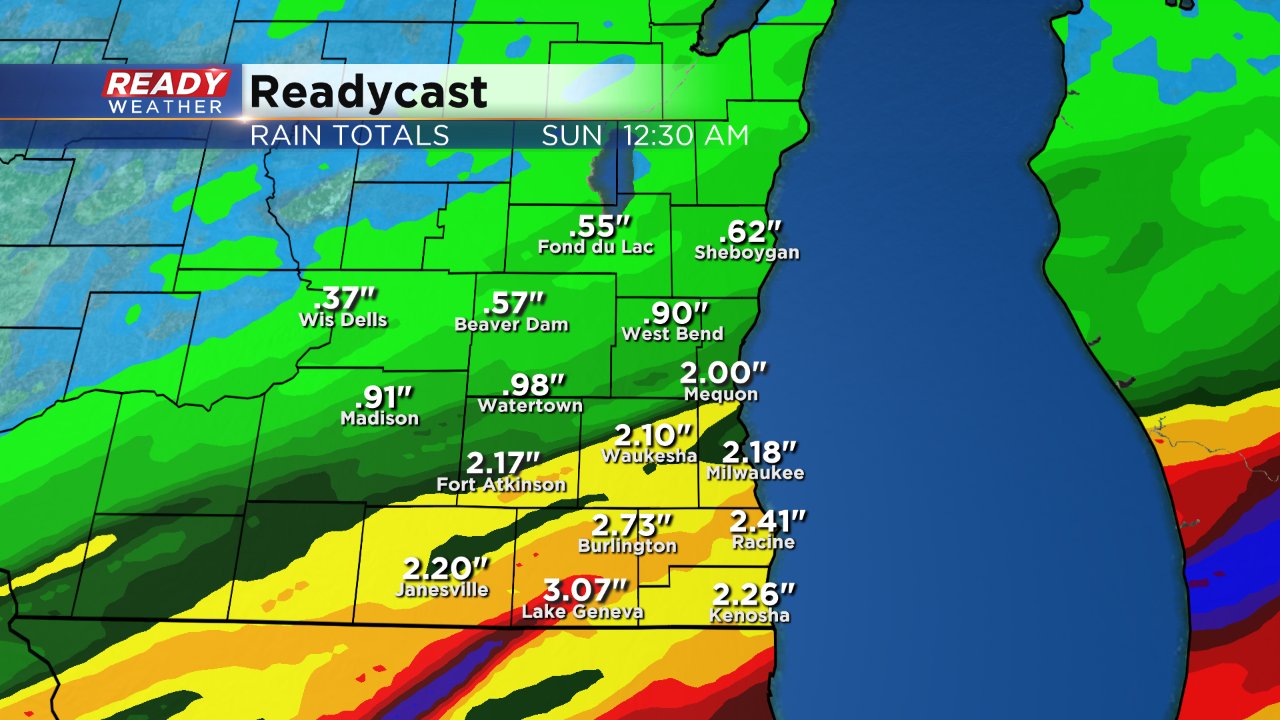 Download the CBS 58 Ready Weather app to track the heavy rain and storms as they move through the area Saturday. The app will also alert you of watches or warnings as they are issued.