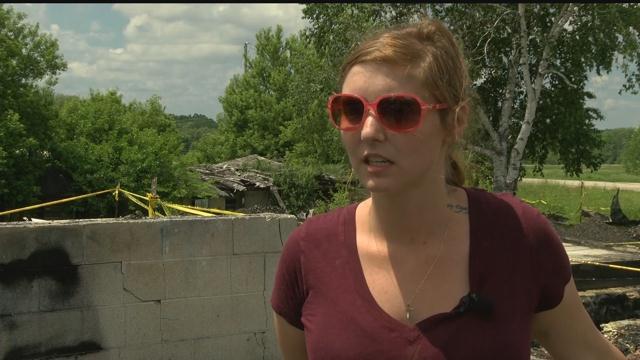 Family members of the woman who died in the Burlington home explosion are questioning the Racine County Sheriff’s release today.

Racine County Sheriff’s Office said they found the remains of Kimberly Howe, Nicholas Chaulkin and Craig Lambert at the scene.

Burgos says investigators told her yesterday they were not able to find her mother's teeth or any jewelry she was wearing.

She said that's a big reason why she believes her mother is still alive.

Burgos also said she doesn't believe the first body pulled from the fire was her brother, Nicholas.

She said investigators told her DNA did not match.

The Sheriff in Racine County,Christopher Schmaling,  issued the following response:

"I know the media likes the next controversy, but let's not pit a grieving family clearly in denial against the hard-working law enforcement professionals who worked around the clock to provide closure for the victims' families.

The evidence is clear and not fabricated.  We have human remains that were badly destroyed in a fire and explosion that were identified by DNA.

Perhaps you should direct your story on how the community can prevent something like this happen again."