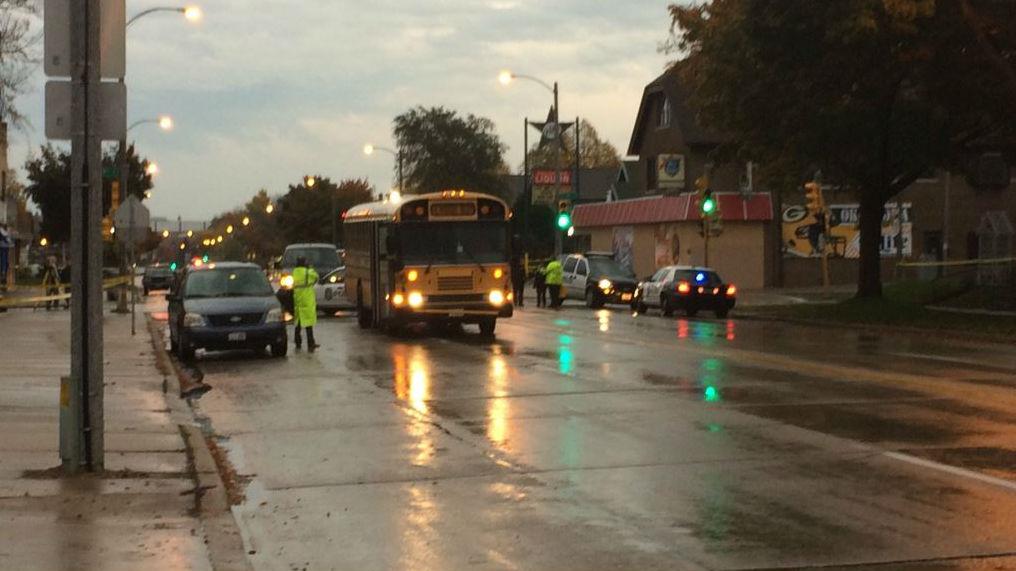 Robert Higgins ran out from his business to West Oklahoma Avenue when he heard horns honking early Wednesday morning.

"I'm looking out the door and I see a person laying in the middle of the street," said Higgins.

Alex Schmidt was already in the street calling 911.

"I asked her, 'Are you okay? Are you okay?' and no response, but she was holding her chest kind of gasping for air," said Schmidt.

The 17-year-old was crossing the street to catch the bus for school when another one hit her.

CBS 58 obtained exclusive security video from a nearby bakery. It shows the moment the accident happens. The video only has one view of what happens. The bus turns left on a green light from 9th Place to Oklahoma Ave. From the video, the bus can't be seen hitting the teen, but it stops right after.

CBS 58 watched the surveillance video with the family of this 17-year-old. They're asking for privacy as they search for answers.

"It was raining and still kind of dark but clearly that didn't have to happen like that, you know?" said Higgins.

A statement from lamers bus line tells us more about the driver.

The general manager, Dean Brown says the driver has been with the company for 25 year and has a spotless record:

"She is very shaken up. This is a tragedy for everyone involved. I have been with the company for 30 years. This accident is just a horrible thing. Our hearts go out to the family.”

The 62-year-old driver did stay at the scene and cooperate with police. Police have not yet said who is at fault as they're still investigating the crash.

The Milwaukee Medical Examiner is responding to the death of a pedestrian who was hit near the intersection of South 9th Street and Oklahoma Avenue.

According to police the incident happened around 6:40 AM on Wednesday, November 2. A 17-year-old girl was crossing the street in the crosswalk and was struck by a school bus.

CBS 58 spoke to witnesses on scene who say the bus was turning right from 9th onto Oklahoma when the bus hit the pedestrian. One witness and the bus driver ran to the woman to check on her but she was holding her chest and not responsive.

The driver of the school bus, a 62-year old South Milwaukee woman, remained on scene and is cooperating with police.