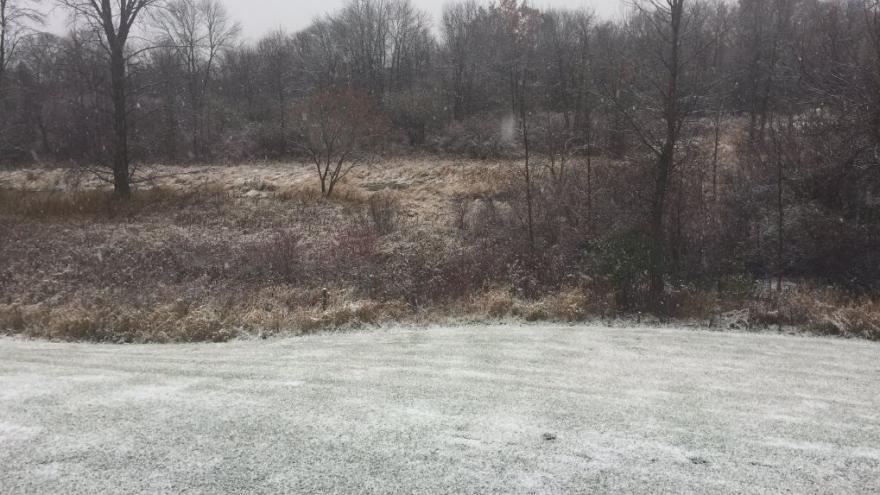 The rain started around 5 a.m. Saturday morning and quickly changed to snow especially for inland spots. As of 9:30 a.m. most of the area was just seeing snow but thanks to some warmth lakeside parts of Ozaukee, Milwaukee, Racine and Kenosha Counties are seeing a healthy rain/snow mix. 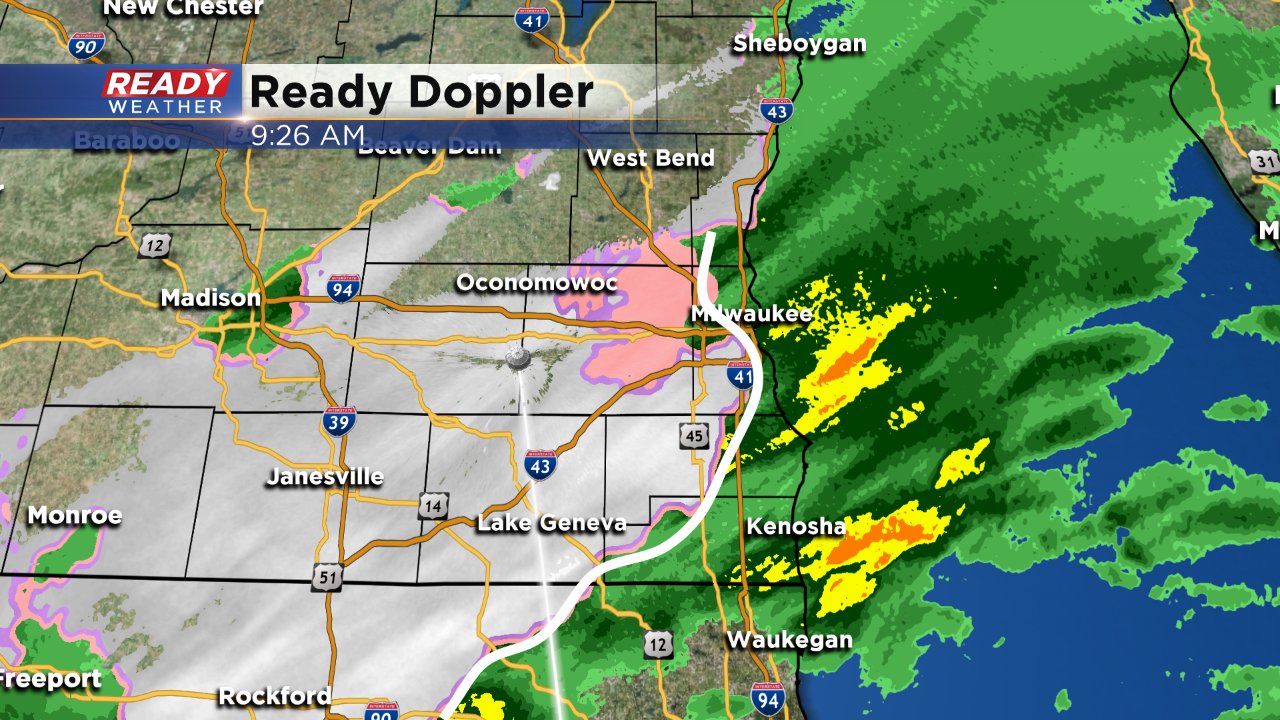 Reports around Madison indicate a trace to a few tenths of an inch of snow accumulation especially on grassy surfaces. Temperatures are holding steady just above freezing for inland locations so a few slick spots on the road are not ruled out. Temperatures will actually warm a bit through the morning and highs around 40 are expected around noon.

Snow and a rain/snow mix will continue until noon. Kenosha County will be the last ones to see lingering precipitation that at that point will be mostly rain as temperatures stay at least in the upper 30s. 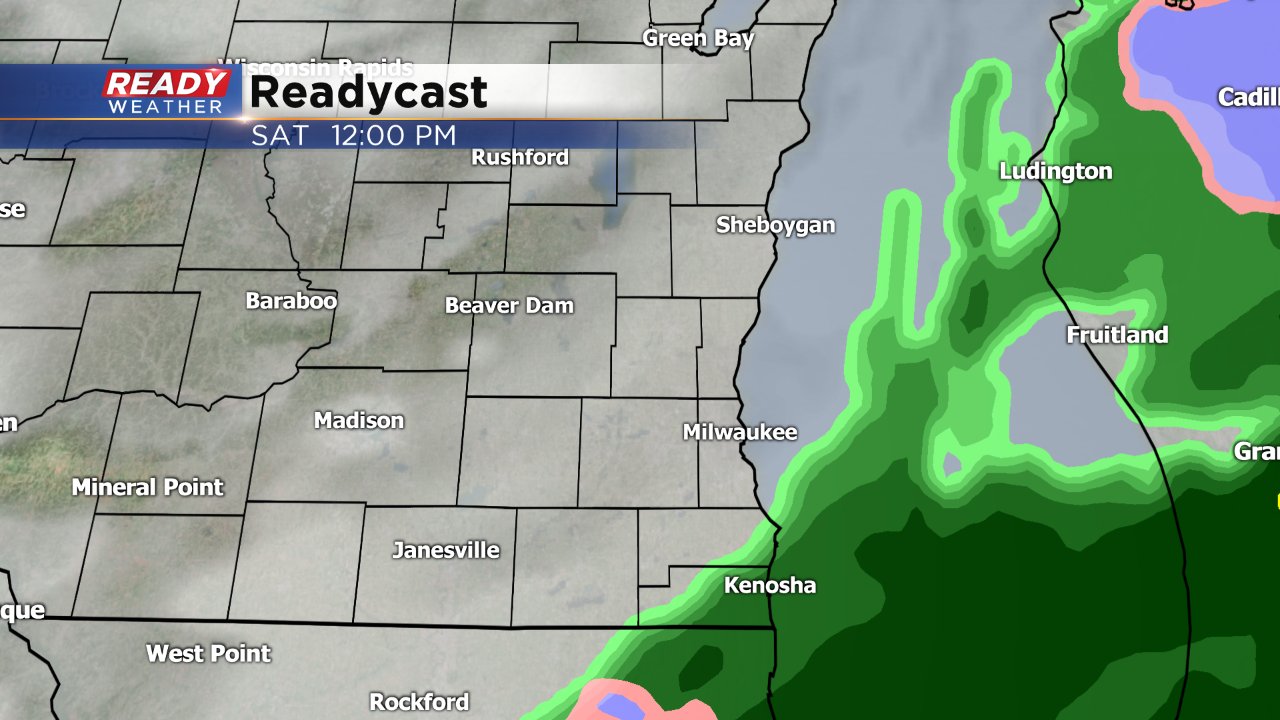 Snow totals are still holding steady with the majority of the area seeing less than a half inch. Clouds clear out Saturday night and by Sunday it's mostly sunny and chilly with highs in the 30s.

Plenty of changes will come roaring along today!  Some lingering rain is possible for your Saturday morning; however, another batch of rain will slide in from the south, and that will have a chance to quickly change over to snow. 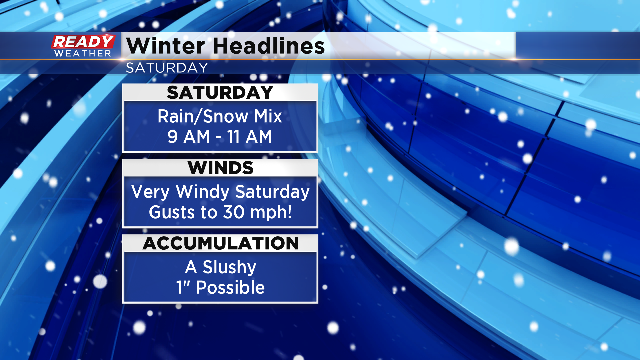 The best timing for the switch will be from 9 am till 11 am.  A quick burst of snow could produce a fast inch on the grassy surfaces, mainly along and south of I-94.

Thankfully surface temperatures will be in the middle to upper 30s, so major accumulation on the roads isn't anticipated at this time.  Of course while this is happening, the Milwaukee Holiday Parade will be going on! 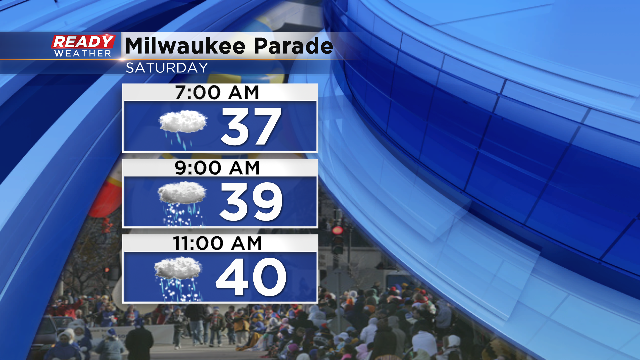 By the afternoon a sharp front will produce wind gusts to 30 mph with falling temperatures into the lower 30s by the evening!