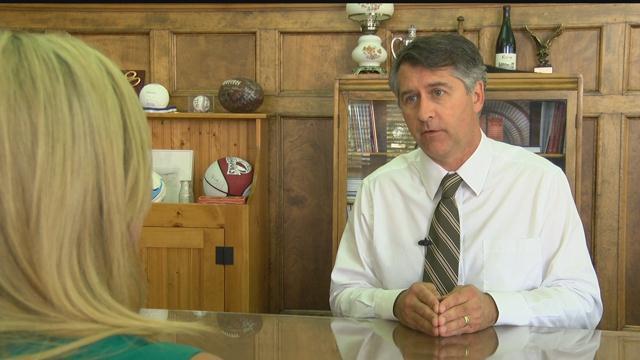 In his resignation letter, Freeman says "Thank you for the extraordinary opportunity to serve the city of Racine in that capacity.  I will continue to pray for the brave men and women who serve our community and put themselves in harm’s way on a daily basis and for those whom they serve, that peace, calm and reconciliation will be the order of the day. "

After a thoughtful and far-reaching conversation with Mayor John Dickert, Bishop J. Mark Freeman has submitted a letter of resignation from the Police & Fire Commission.  His primary goal, Mr. Freeman said, was to protect the reality and appearance of the unbiased decision-making of the Commission.

Mayor Dickert has accepted his resignation, although he plans to schedule on-going conversations among citizens, churchmen (including Bishop Freeman), police and himself.  The purpose of these conversations will be to keep any existing or potential issues in the light of day and prevent misunderstandings and reactions to build to unnecessarily dangerous levels.  “My job is not to take sides in these kinds of situations,” said Mayor Dickert, “my job is to make sure everyone is protected.”

ORIGINAL STORY: A city of Racine police and fire commissioner is in hot water after controversial pictures surfaced on his Facebook and Twitter pages.
The Facebook page has since been taken down...but the aftermath is still making waves in the community. CBS 58 is the only station with Freeman's response to Mayor John Dickert.

Bishop Mark Freeman was just recently appointed to the Police and Fire commission, but some people are already calling for his job after screen shots of his Facebook page are circulating around the community.

"While I disagree with and don't like the posts put up there, the fact is he has the first amendment right to say what he wants," said Freeman.

But when we spoke with Freeman over the phone Tuesday he told us he made the posts simply to start a conversation, sending us a statement Wednesday that reads in part: "our nation is in peril, however there are difficult conversations to be had."

Mayor Dickert agrees that these conversations within the community are important.

"I look at it as mayor and think, lets have a conversation with out being inflammatory," he said.

Freeman says the pictures were taken from his personal Facebook page without his permission, saying in a letter he believes the intent was "to insert into an already charged atmosphere…a jaded narrative with the intent of inflaming passions and hatred."

In fact- Tuesday Freeman sent us these pictures showing his involvement with law enforcement and Dickert says he appointed him because of  that.

"The bishop has been actively involved in this community and holding listening sessions on a variety of different issues at his church and even with the police chief," said Dickert.

While public officials do have to follow the city's code of conduct asking them to be "impartial and responsible to the people" there's no social media policy and Dickert says as of Wednesday no formal complaint was filed.

"Since there's been no actual formal complaint, there's nothing the city can really move on," he said.

And because of that Freeman will keep his job

"Do you believe he can do this job without a bias?," reporter April Dovorany asked the Mayor.

"I told him he needs to think hard whether he can sit on board and make decisions impartially," said Dickert.

In the letter to the mayor Freeman said  "after prayerful reflection, meditation and consultation I have decided to remain in my post...And serve out the duration of my commission."

Again, time will tell whether Freeman will keep his post; the mayor says the commission will be watching the next few months to make sure he's not biased.

As a Pastor and Episcopate I am always deeply concerned for the safety and well-being of the parishioners and community I am called to serve.  Moreover, I am disheartened and disgusted that someone would be so callus and reckless as to try to create an environment where innocent people could potentially be put in harm’s way, as a result of some misguided soul acting out of rage and anger.  It was not so long ago colleagues and friends of the Sikh Temple Faith Community were the victims of such hostility and violence.  Who could forget the nine lives lost after a prayer and bible study gathering, as the result of again, misguided vitriol?  Our Nation is in peril, however, there are difficult conversations that must be had and compassionate work to be done in order for genuine healing to occur.

To that end, after prayerful reflection, meditation and consultation, I have decided to remain in my post as a Police and Fire Commissioner and to serve out the duration of my commission.

I fully intend to discharge the duties of that office with the highest of integrity, fairness and without bias.  I am profoundly honored and humbled you identified characteristics in me which gave you the tacit assurance my service would help to continue to build the great city of Racine and its residence.  Thank you again Mr. Mayor for a tremendous opportunity to serve.

Until I greet you in person, I remain…