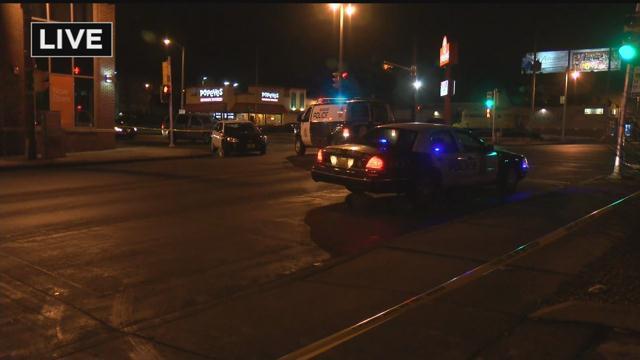 UPDATE: Milwaukee Police released photos of the vehicle wanted in connection with the fatal hit and run that occurred on Monday night at the intersection of S Cesar E Chavez Dr and W National Ave.

The striking auto is described as a newer model Ford F-350 Super Duty extended cab with dual rear tires. The vehicle is white in color, has marker lights on the top of the cab and at the time of the crash was equipped with a ladder rack containing several ladders. The vehicle was last scene exiting the 16th St Viaduct onto S Emmber Ln.

According to the Milwaukee Police, the 35-year-old man died of his injuries at a local hospital.

The man was struck by what is described as a newer model white pick-up truck with black rack holding ladders while he was crossing N 16th Street and W National Avenue around 10 PM.

According to witnesses, the vehicle sped up to “beat the light” and did not stop after striking the victim.

Instead, it continued northbound on 16th Street.  The Police report indicates the victim was crossing the street against a no walk sign.