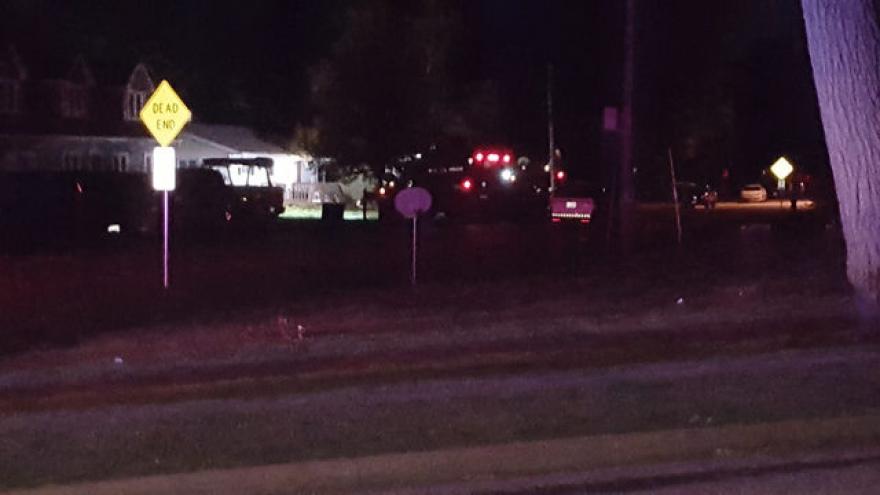 UPDATE (CBS 58) -- The man taken into custody after a standoff and house fire in Monona is a person of interest in a shooting on Madison's east side.

WISC reports the tactical team attempted to enter the home on Tecumseh Avenue around 12:40 Thursday morning, that's when they saw fire inside. Around 1:15 a.m., Matthews was seen holding a gun, threatening to shoot officers. He surrendered around 2:00.

UPDATE (CBS 58) -- WISC in Madison reports the person taken into custody after a nearly nine-hour standoff, and house fire, is 42-year-old Edward Matthews.

Early Thursday morning, Matthews set the house on fire, he surrendered to police around 2:00 a.m.

UPDATE (CBS 58) -- Monona police tell CBS 58 an overnight standoff has ended and one person is now in custody.

MONONA (CBS 58) -- According to WISC in Madison, a tactical team was sent to a residence on Tecumseh Avenue in Monona Wednesday evening to take a person into custody. Madison police Lieutenant Kelly Donahue says officers have been on scene since 5:00 p.m.

Madison police stayed on scene til 11:30 p.m. when Dane County authorities took over.

Thursday morning, the home went up in flames.

A portion of Tecumseh Avenue has been blocked off.

We'll continue to update this story as more information comes in.