UPDATE: One Dead, Four in Custody After Stolen Car Crashes 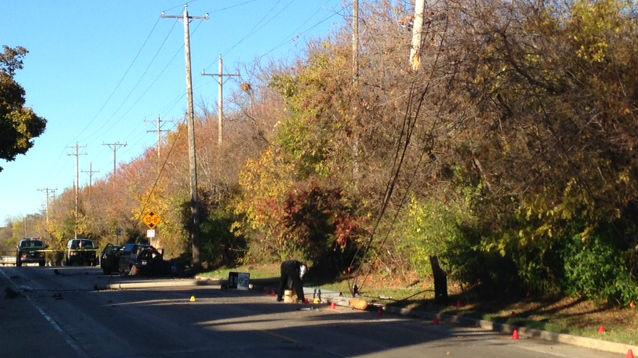 Milwaukee Police are investigating a serious injury traffic crash that happened around 11:05 AM on November 1 in the 600 block of West Manitoba Street. MPD officers responded to a call of an entry to an automobile near North 1st Street and West Norwich Street around 11:00 AM.

Five suspects, who may be responsible for a nearby garage burglary, got into a stolen 2003 Chrysler Town and Country minivan and sideswiped a patrol car responding to the assignment. The suspects lost control of the stolen van in the 600 block of West Manitoba Street and crashed into a pole.

Four of the suspects fled from the minivan but were taken into custody. They are a 15-year-old man, two 16-year-old men, and an 18-year-old man.

The fifth occupant of the stolen minivan, an 18-year-old Milwaukee man, was ejected from the vehicle. He was transported to a local hospital for treatment of serious injuries and later died.

MPD’s investigation is ongoing and charges will be presented to the Milwaukee County District Attorney’s Office in the coming days.