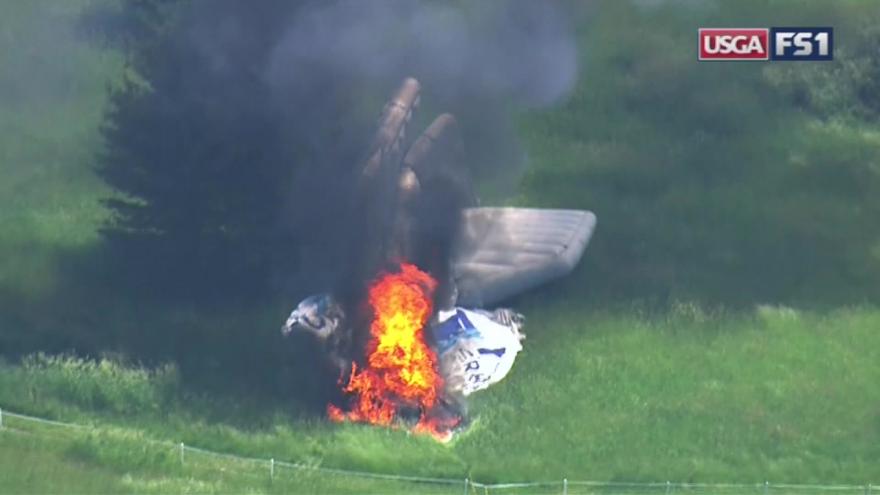 A blimp crashed near the US Open Thursday.

The pilot, Trevor Thompson, was injured but we're told he continues to improve and is listed in serious condition.

The blimp was operated by Florida-based AirSign doing advertising for a credit union.

The blimp was not affiliated with the USGA.

Some say if it weren't for the brave action's of the blimp's crew chief, the pilot would have died.

"I just turned him on his back and I just kinda drug him as far as I could. God was watching out for us because it was a bad situation. Just glad he's okay," said Crew Chief Matt Schmidt.

Thompson was the only person in the blimp.

Nobody on the ground was hurt.