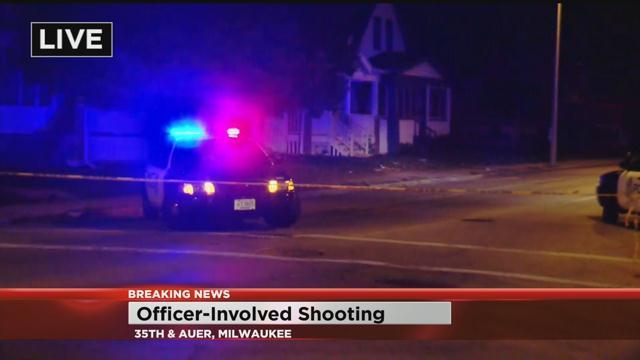 Two men have been hospitalized after exchanging gunfire with Milwaukee police officers. The incident happened shortly before 9 p.m. near 34th & Auer on the city's north side.

Police were investigating a report of a suspicious car without license plates in an alley. They discovered three people inside the car, one who police say was clearly armed with a handgun. The officers made contact and then exchanged gunfire with the armed suspect. Two suspects, identified as two 17-year-old Milwaukee residents, were shot by police. Another suspect, an 18-year-old West Allis man, ran away and was arrested a short distance from the alley. Neither officer was injured. Police say they recovered two handguns at the scene along with narcotics. Police say the 2004 Infinity that was at the scene was taken in an October burglary on the city's south side.

"All I heard was the yelling screaming commotion and I heard one of the victims tell what and then gun shots rang off and then the one said we didn't have any guns and then he threw his helmet on the ground," said a neighbor.

The two officers involved in the shooting are assigned to District 7 and are 42 and 30 years old, with 11 and 5 years of service on the force. Both have been placed on administrative duty pending an investigation, following department protocol. MPD has requested that the Wisconsin Department of Justice's Division of Criminal Investigation take over the case.