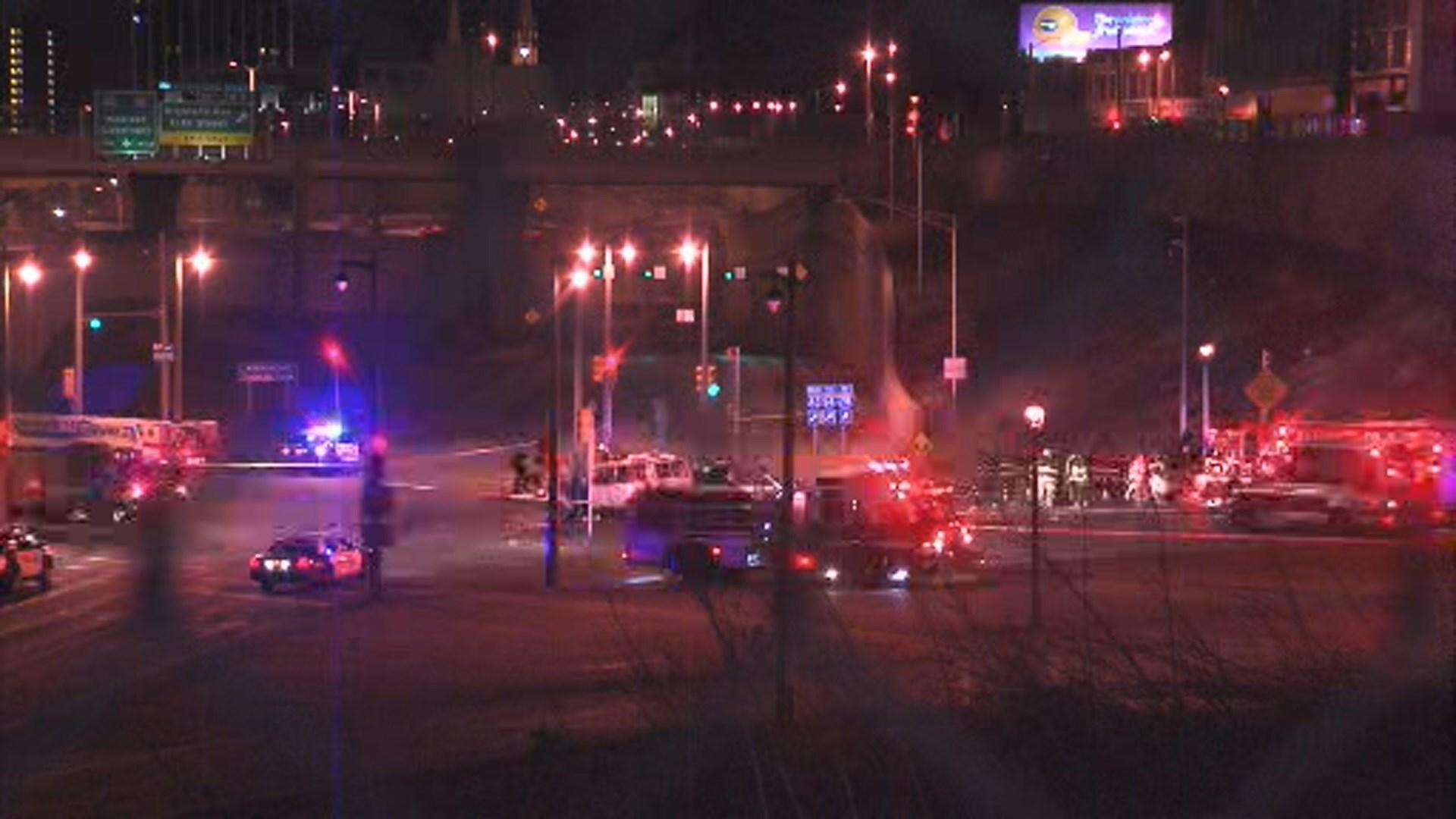 UPDATE 3:26 PM: Medical Examiner has released the name of the man who died when his car collided with another vehicle in the 1100 block of W McKinley Avenue around 1 AM.

Vuitton Stenson was involved in an armed robbery around 12:59 AM on North 14th Street and Fiebrantz Street. The first officer to respond and engage in pursuit was never able to catch up to the deceased due to the extreme speed.

Another MPD squad was able to catch up to the car just before it was able to enter Southbound I-43.

The vehicle continued and got off at West McKinley Avenue exit. He continued driving at a high rate of speed before striking another vehicle.

MPD never had sight of the deceased and came upon him at 1:01 AM.

The vehicle Sutton was driving had been reported stolen two days prior.

The car Sutton was driving sustained enormous amount of front end damage resulting in his entrapment of the vehicle.

Highway 145 near I-43 is now open following a deadly early morning crash. The Fond du Lac and McKinley ramps have also reopened to traffic.

According to authorities, the 24-year-old Milwaukee man killed in the two car crash in Milwaukee early Friday morning was fleeing from police at the time of the accident.  The man was driving a car taken in an armed robbery, when it collided with another vehicle in the 1100 block of W McKinley Avenue around 1 AM.

According to the Milwaukee County Medical Examiner, the man died at the scene, north of the Marquette Interchange on WI 145 near 12th Street.  According to reporters on scene, the car appears to have collided with a van.  The driver of the van was taken to a local hospital for treatment of non-life threatening injuries.

Due to the crash, the north and southbound lanes of WI 145 at 12th Street were closed for almost six hours.  The off ramp from I-43 south bound to WI 145 and the on ramp from WI 145 to I-43 south bound were also closed, but reopened around 7 AM.

One man is reported dead this morning after an early morning accident north of the Marquette Interchange on WI 145 near 12th Street in Milwaukee.  The accident occurred just after 1 AM.  Details of the accident are limited at this time.  According to reporters on scene, there were two vehicles involved in the accident, what appears to be a van and a late model car.  The Milwaukee Medical Examiner confirms that an adult male was killed in the crash.  Milwaukee Police are investigating the accident.  Both the north and south bound lanes of WI 145 at 12th Street are closed due to the crash, as well as the off ramp from I-43 south bound to WI 145 and the on ramp from WI 145 to I-43 south bound.  Reporters have indicated that several city streets are also blocked because of the accident.