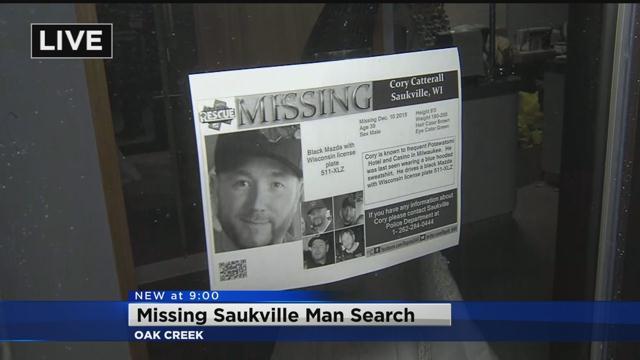 A missing Saukville man has been found safe.

Cory Catterall was located in the western part of the state.

His family has spoken to him and were on their way to pick him up Wednesday evening, Saukville police said.

Catterall had been missing for almost a week.

CBS 58's Sachelle Saunders met with his family and friends on Tuesday who were making online posts and putting up flyers in numerous areas in several cities.

He was last seen on video at Potawatomi, leaving just before 8:00 AM Friday. At the same time his phone died.

His family said that going missing was very out of character and that he missed his daughter's concert and didn't show up to work on Monday. They described him as a social butterfly.

The family admitted he enjoyed gambling and didn't know if he'd gotten into any trouble. They were hoping that he'd return home before the holidays, no questions asked.

Now that Catterall has been found his family has asked for privacy in dealing with the matter.