UPDATE: Mars Says Skittles Found in Dodge County Should Have Been Destroyed 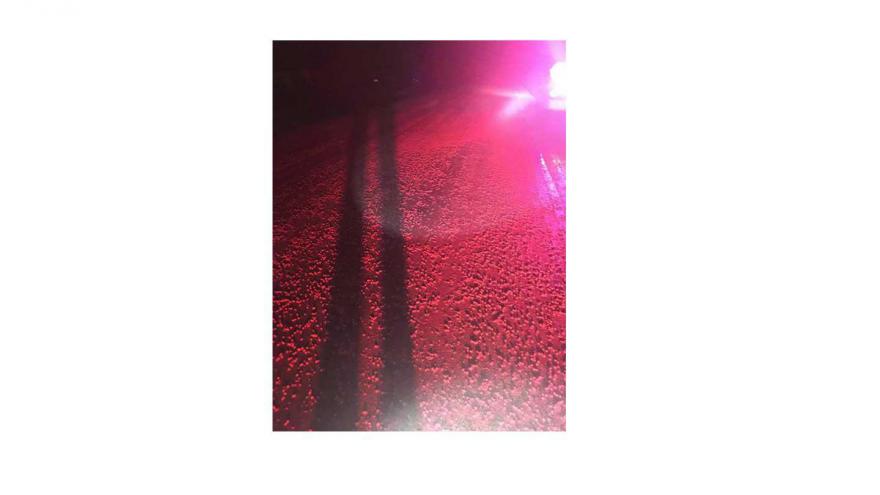 (CBSNews) On Tuesday, January 17 the Dodge County Sheriff's Office came across thousands of skittles across the road on County Highway S. Now the mystery is taking another twist, with Mars Inc. saying it doesnâ€™t know why the discarded candy was about to be used as cattle feed.

RELATED: Hundreds of Thousands of Skittles Spilled on to County Highway

In a post of Facebook the Dodge County Sheriff said, â€œIt is reported that the Skittles were intended to be feed for cattle as they did not make the cut for packaging at the company. In the end these Skittles are actually for the Birds!â€

Only red Skittles had spilled out, and Dodge County Sheriff Dale Schmidt joked in the post that it would be difficult to â€œTaste the Rainbowâ€ in its entirety.

â€œWe donâ€™t know how it ended up as it did and we are investigating,â€ Mars said.

Company spokeswoman Denise Young said the Skittles were supposed to be destroyed because a power outage prevented the signature â€œSâ€™â€™ from being placed on the candies. She said Mars planned to contact the sheriffâ€™s office and the farmer to find out more.

Schmidt said the Skittles spilled from a box that started to disintegrate in the rain, and about half of them got out. The Skittles on the ground did not have the standard letter â€œSâ€™â€™ on them, he said.

The sheriff said he has spoken to the farmer, but did not provide a name and said he did not have a contact number for him.

Josh Cribbs, a cattle nutritionist and director of commercial development for the American Maine-Anjou Association, which promotes a particular cattle breed, said that which food byproducts get used for cattle feed varies depending on whatâ€™s available in the region and particular time of year. In places like Texas, for instance, Cribbs said citrus rinds are common.

Cribbs said a specific product would not be used alone, but be mixed with other ingredients to achieve a particular nutritional profile.

â€œYou might think, â€˜Oh my gosh, they might be eating a Skittle.â€™ In reality, that piece of candy is being broken down,â€ he said.