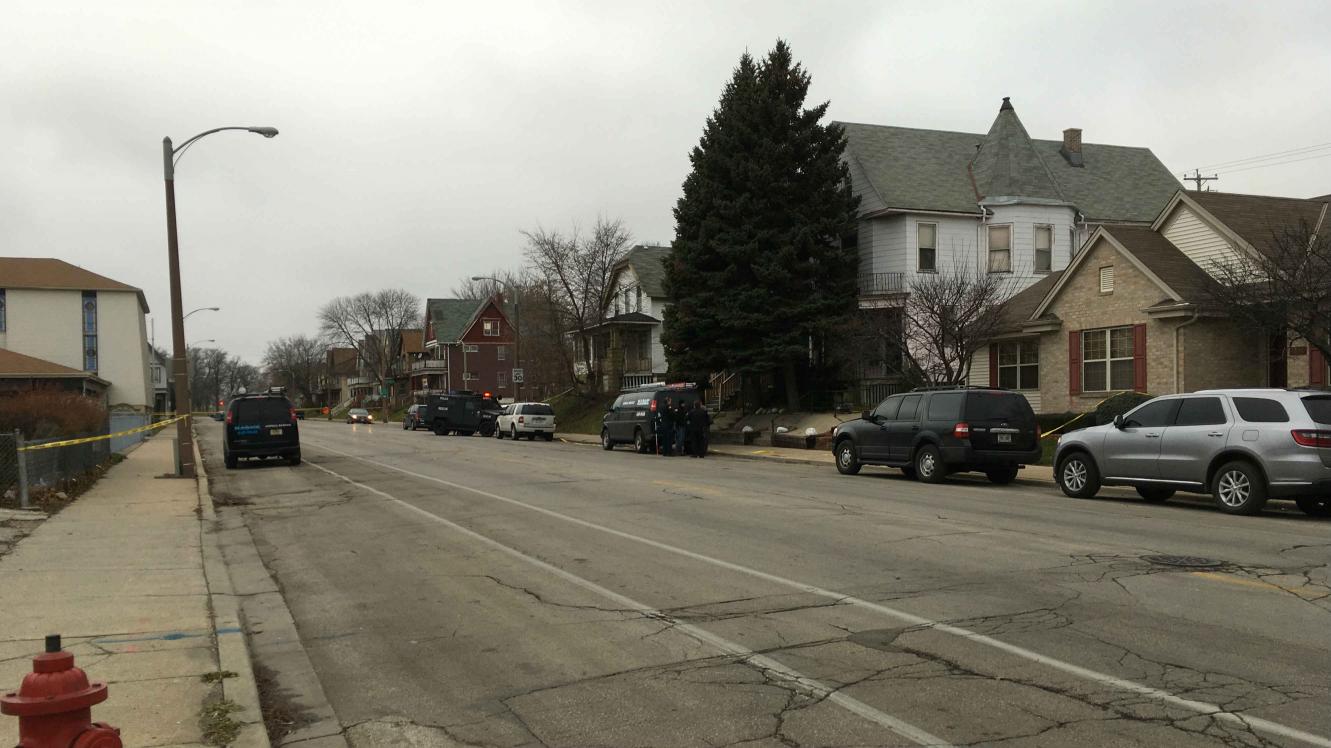 There is a large police presence at N 13th Street and West Burleigh St in Milwaukee. A CBS 58 crew on scene reports that initially one man was taken from the scene by police and a little later two men and two women were taken by police.

Two MADACC vans were also at the location and took away three dogs.

Police officers were walking around the scene with assault rifles.

According to police they were checking the address along with U.S. Marshals for a homicide suspect around 11:00 AM. Members of the house refused to come out and tactical units responded along with a negotiator. Around 1:30 PM the suspect, a 19-year-old man left the house and was arrested.