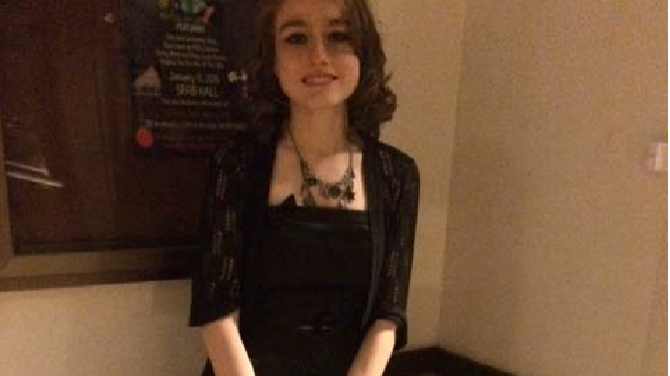 UPDATE:  Greenfield Police confirm, the missing 15-year-old girl has been found and she is safe.  Elizabeth Williams was located at her school around 6:35 AM this morning.

(Greenfield, WI) – The Greenfield Police Department is looking for a missing and endangered 15-year-old.   Elizabeth M. Williams was last seen leaving the Greenfield Public Library with an unidentified male.  Elizabeth needs medication to help control seizures which can lead to her being in a state of confusion.

Elizabeth  is described as a white female, 5’8” tall, 120 pounds with  shoulder length brown hair and hazel eyes.  She was last seen wearing a black T-shirt, dark blue sweatshirt, red jeans, a black knit hat, with black combat style boots and carrying a grey back pack.  Elizabeth has multiple piercings in both ears.

The Greenfield Police are requesting the public’s assistance in locating Elizabeth and to learn the identity of the male subject she left with.  A vehicle seen leaving the library at the same time Elizabeth was last seen is described as a mid-2000s Mazda 3 hatchback, dark grey in color, black rims, tinted windows with a large dent on the passenger side door.

Anyone with information is asked to contact the Greenfield Police Department at telephone number 414-761-5301.