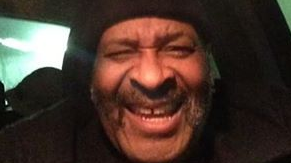 UPDATE: Jason Dixon-McNeal, AKA Jason R. Small has been located at a home in Milwaukee. Donald Lewis was found dead Saturday at 8:00 PM hidden on the property of the Young Urban Jazz Cafe.

The incident is being treated as a homicide and MPD has a person of interest in custody.

Milwaukee Police are investigating two critically missing persons who were last seen on Friday, October 7, around 11:00 AM at the Young Urban Jazz Café located at 2451 W. Fond Du Lac Avenue.

Jason R. Dixon-McNeal a 30-year-old black man known as Jason R. Small is described as 6'1", 168 pounds, black hair and brown eyes with a beard, last seen wearing a black and orange shirt with a red design on the front and dark colored jeans is missing along with Donald R. Lewis, a 65-year-old black man described as 5'9", 180 pounds with black hair, brown eyes last seen wearing a black baseball hat with the word "veteran" on the front, dark shirt and ark pants

According to police, the circumstances surrounding the incident are suspicious but, at this time there are no witnesses to foul play.