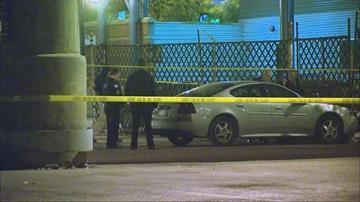 KENOSHA -- A 40-year-old Kenosha man has been arrested in connection with the death of a 30-year-old Erin Ziemendorf of West Allis.  The Wisconsin woman whose body was found near a Greyhound bus station in Chicago.

Police believe the Kenosha man and Ziemendorf were in a dating relationship.

The Cook County Medical Examiner's office says she died from blunt neck trauma after an assault. They ruled her death as a homicide.

\"A male walked into their station in Kenosha stating he left his girlfriend in her Silver, 2004 Pontiac Grand Prix.  He told the Lieutenant of Kenosha, Wisconsin that she's DOA inside that vehicle and it was an accident and he left her there.\"

The Kenosha man won't be identified until he is charged by the Kenosha County District Attorney's Office.