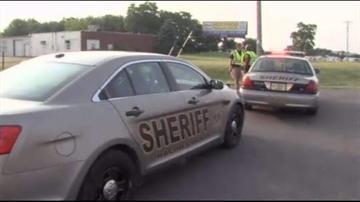 STRURTEVANT-- A sad day for the local skydiving community as they mourn the loss of one of their own.

\"The initial investigation suggested this was not a tandem jump,\" said Sheriff Christopher Schmaling, of Racine County Sheriff's Department.

Investigators say Sunday evening's fatal skydiving crash on 56th Road in Sturtevant was nothing more than a terrible accident.

\"For one reason or another, well up in the sky, 1200 feet above the ground, they became entangled,\" said Sheriff Schmaling.

Both male divers are listed as instructors for Skydive Midwest.  The men were supposed to land at Sylvania Airport, adjacent to 56th Road.

\"Both men were experienced skydivers, and there's a reason why they jump with a knife on their person so they can cut strings if they need to,\" explained Sheriff Schmaling.

\"My suspicion is that once he became entangled, he reacted to his training, he cut himself away, and tossed out his reserve parachute,\" said Sheriff Schmaling.

According to a statement from Skydive Midwest-- there was no equipment malfunction. They say Platt has made an estimated 2,000 jumps throughout his career.

The crash is under investigation by Racine County Sheriff's Department, and Skydive Midwest says they're cooperating with authorities through the process.