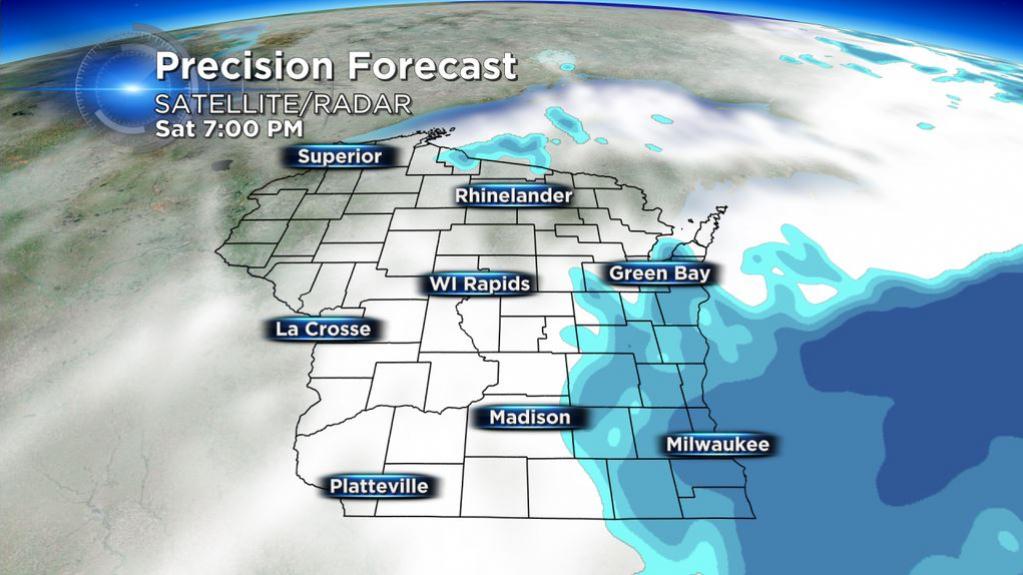 SATURDAY UPDATE: Snow has begun to fall across southeast Wisconsin. Temperatures around 32° and wet roads will prevent snow from immediately accumulating, but it will start to pile up Saturday evening through Sunday morning. Expect the majority of snow to end by 3 AM Sunday. Storm track hasn't changed much from Friday's thinking but has wobbled slightly back to the west meaning the isolated spots to 3" may be a little more widespread. The only change to the forecast is increasing the 1-2" area to 1-3". Snow will start off as the heavy wet kind but as cold air returns it will become much easier to shovel. 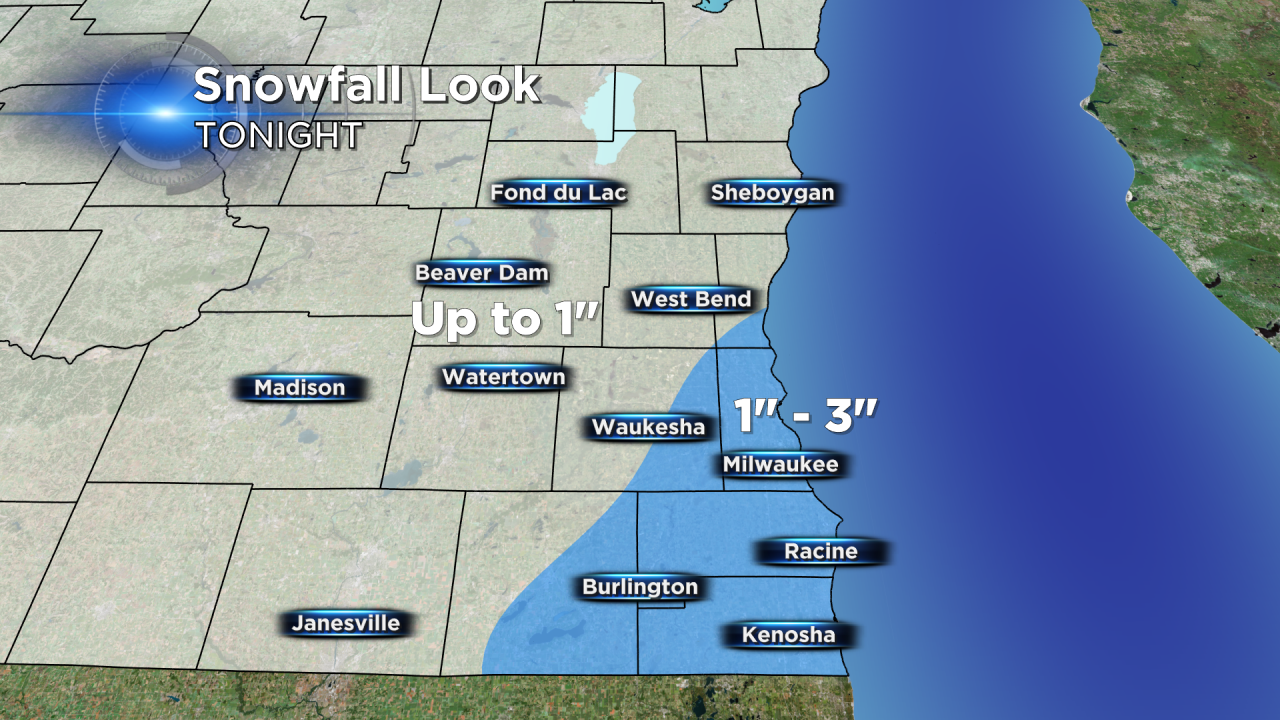 The past few days the CBS 58 Weather Team has been tracking a few waves of storms moving towards Wisconsin. The first two (Thursday & Friday) arrived with light rain showers amount to less than half an inch. But the third which arrives on Saturday will bring us the chance for accumulating snow.

There have been some changes in the track of this storm over the past few days. Originally it looked like Wisconsin would escape the heaviest snow, but then weather models trended towards a westward track bringing higher snow totals, and now the eastern track and less snow totals has returned. 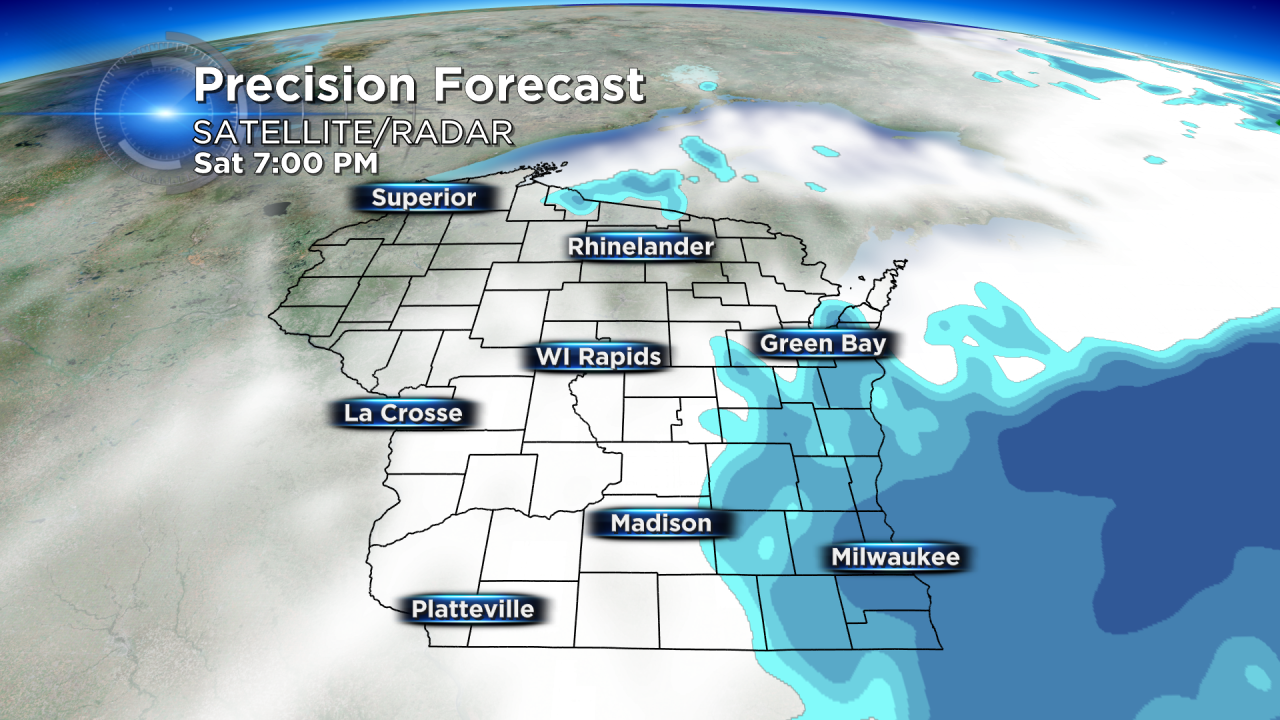 With the latest forecast, snow looks to start by late afternoon or early evening on Saturday and continue about 12 hours into Sunday morning. If the eastern track holds true, many across southeast Wisconsin will pick up less than 2" with less than 1" expected the farther west you live. Some of our southern communities, especially southern Kenosha county may see isolated spots to 3" or 4". 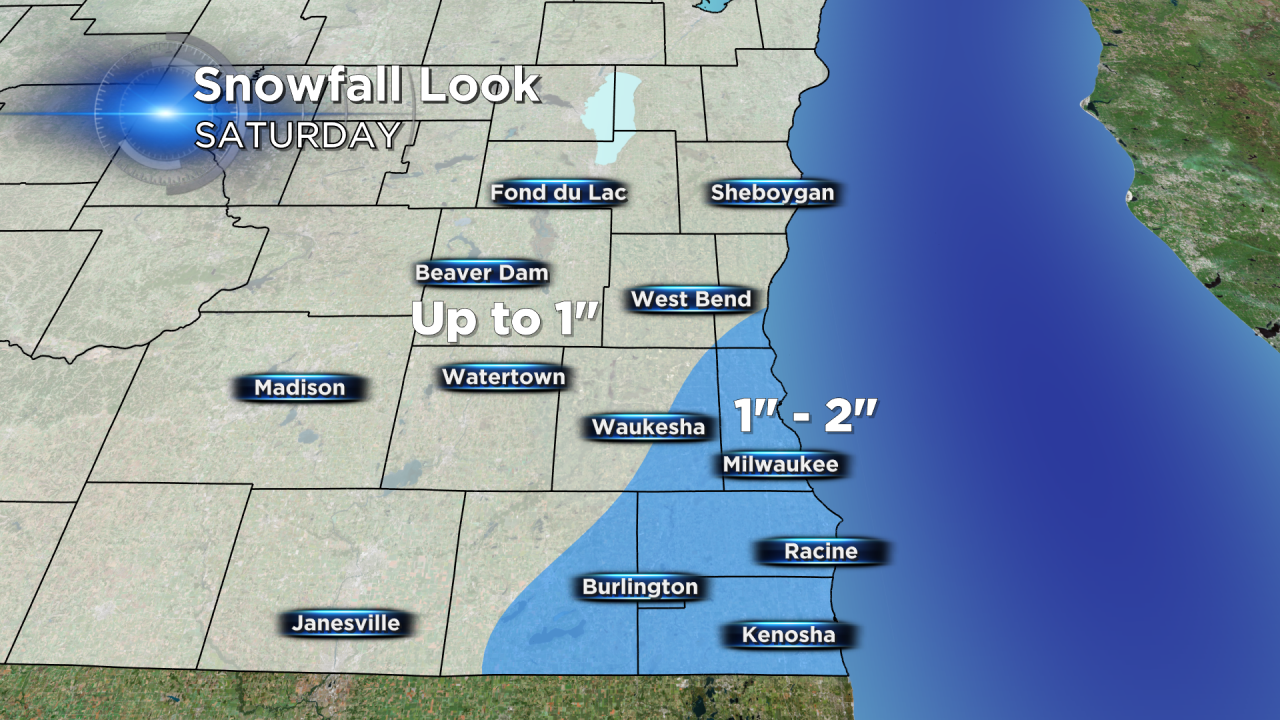 As mentioned above, the storm track has been constantly shifting the past few days and a shift westward would bring more snow and an additional 1-3" to the area.

Make sure to stay with CBS 58 for the latest on this changing storm.