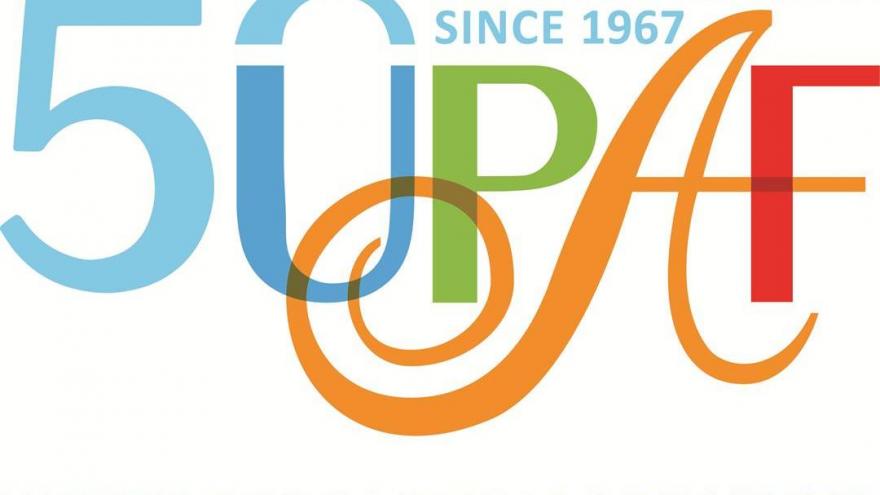 The United Performing Arts Fund launched its 50th Anniversary Campaign with a celebration at the Milwaukee Repertory Theater. The event was held in the Quadracci Powerhouse Theater and featured performances by five of UPAF’s founding Member Groups.

In announcing the fundraising goal for this year’s campaign, Deanna Tillisch, UPAF president & CEO said, “Our goal is to surpass last year’s record of about $12.1 million. When we announce the final results at our June 14 Finale celebration at Potawatomi Hotel & Casino, we hope to unveil a new record for the fifth year in a row.”

In its 50 years, UPAF has raised more than $300 million in support of performing arts in the region.

“UPAF’s 50th Anniversary is a milestone campaign and an opportunity to celebrate the performing arts,” said Kramer. “The vibrancy of the performing arts in the Greater Milwaukee area has come in large measure through UPAF and the generosity of its donors. Milwaukee’s arts scene has served as a source of entertainment and innovative programming that far belies the size of this market and has also served as a platform for important community conversations.”

The launch event was sponsored by Potawatomi Hotel & Casino and UPAF’s 50th Anniversary Campaign is presented by Herb Kohl Philanthropies.