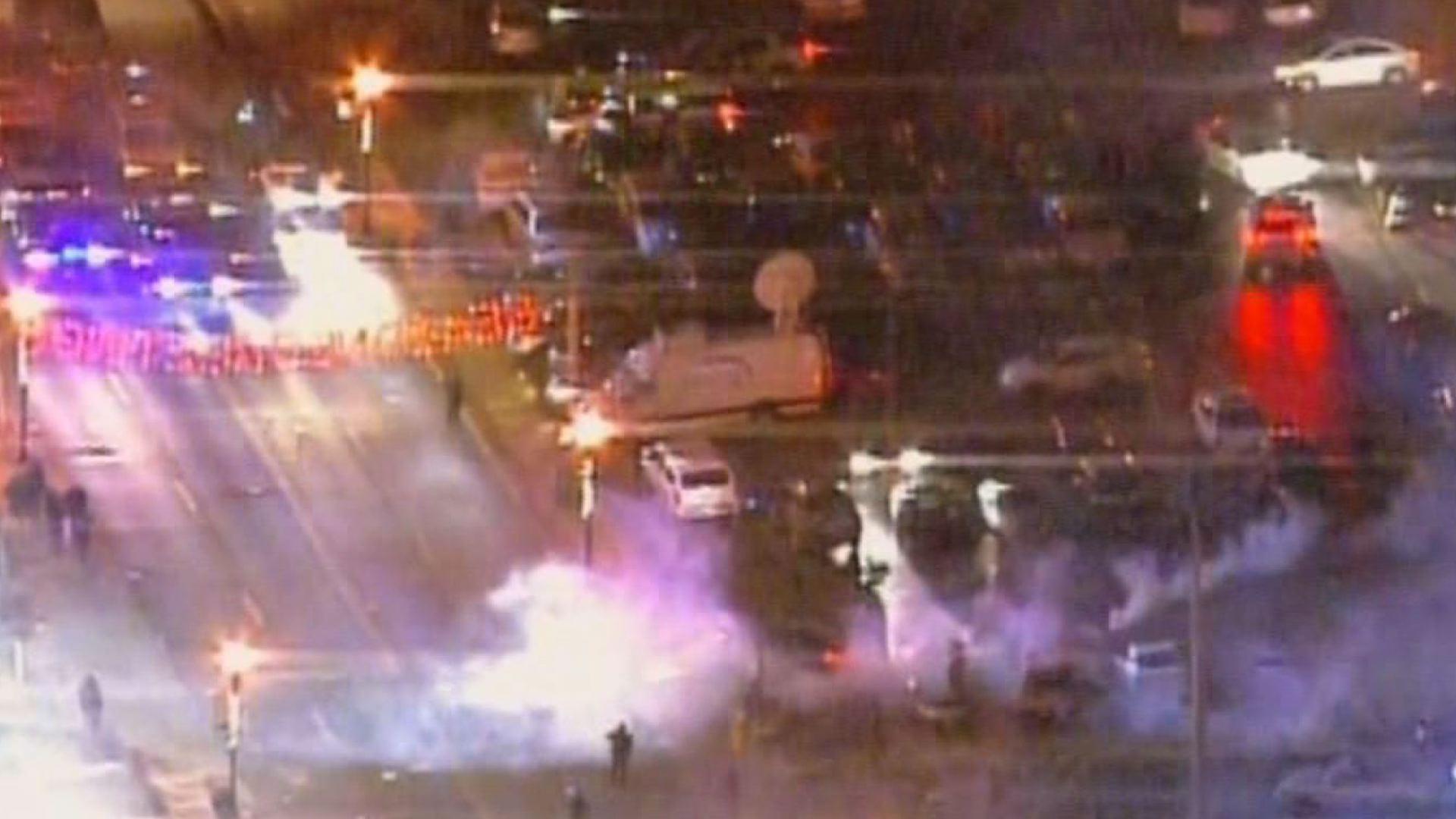 Less than an hour after it was announced that there would be no criminal charges against the officer who shot an unarmed black teen, violence erupted once again on the streets of Ferguson, Missouri.

Law enforcement says it was forced to release smoke canisters after reports of shots fired, bricks through windows of squad cars and attempts to overturn a police vehicle.

Reporters on the scene insisted it was tear gas that was released onto the crowd.

Shortly after 9:30 p.m., reports of a car set on fire. Reporters on the scene say it looked like it was a police car that was set ablaze.

Some of the protesters were yelling murderer in the face of officers stationed on the streets for crowd control.

Soon reports of several cars vandalized began to pour in.

KMOV in St Louis reports that protesters threw rocks and batteries at police.

There was also at least one report of a molotov cocktail bring thrown at police.

A local shop was also said to have been looted, with other attempted break in of businesses underway.

It's believed that some of the shots fired reports are coming from the business that was being robbed.