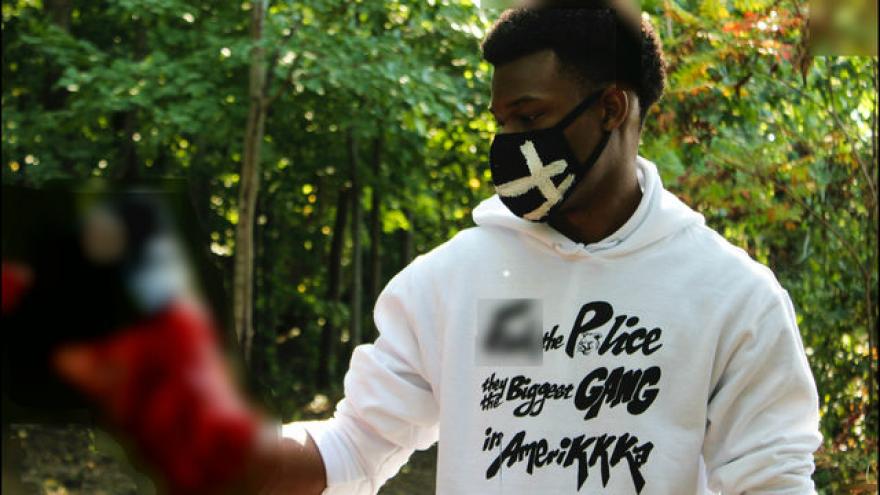 MADISON, Wis. (Channel 3000) - A University of Wisconsin-Madison student released a controversial video portraying police officers being beheaded after they put an American flag noose around the neck of an African American man Friday.

Part of the First Wave scholarship program, Eneale Pickett, released the video to promote his clothing line with messages addressing police brutality and racism. In the video people wear sweatshirts that make statements about these issues.

"I would ask for justice but she's helping the cops burn my body," one of the sweatshirts in the video said.

The video portrays the police officer as a man in a pig mask. The sound of the video combines speeches from Donald Trump, with the sounds of protests and a consistent heart beat.

While controversial, Pickett considers both the video and the clothing line to be a form of artistic expression.

"This is to start a conversation about police brutality," Pickett said. "I want people to look deeper than the image on the screen, and to think critically."

UW police say while they don't share the views expressed in Pickett's video, they respect his right to share them.

"We may not agree with the message, but we appreciate and respect people's opinions and their right to free speech," UW-Madison police spokesman Marc Lovicott said about the video.

“This racist video has an intent to incite violence against police officers.  This can’t be condoned or ignored," Nass said in the release.