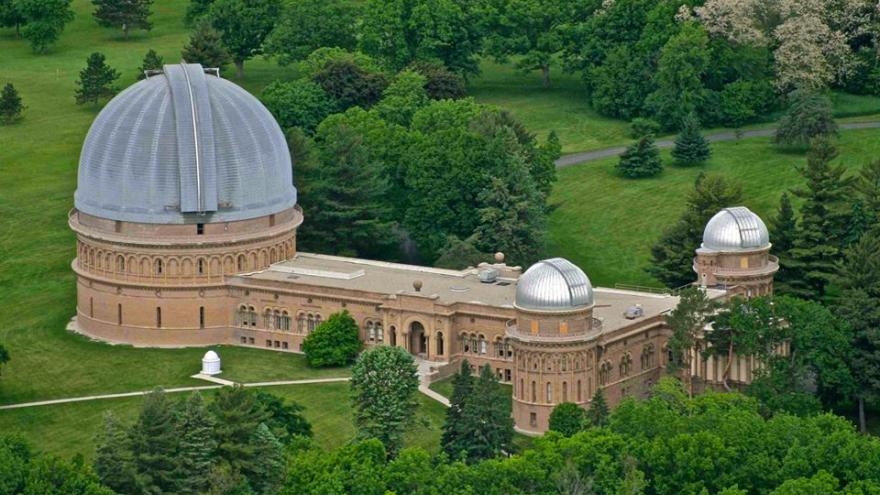 CHICAGO (AP) — The University of Chicago is looking for a buyer for its 121-year-old Yerkes Observatory in Williams Bay, Wisconsin.

The university will be taking offers for an undetermined amount of time, the Chicago Tribune reported .

University officials announced in March that the observatory will close in October, saying it's no longer cost effective to continue operations. Carl Sagan and Edwin Hubble studied at the facility and it's also the home to a pair of Novel laureates.

Williams Bay residents are concerned about what could happen to their village once the observatory is sold. Trustee Marsha Engquist highlighted the area's history with Yerkes and the university.

The university had agreed to sell the observatory to a resort developer about a dozen years ago, but the deal fell through following community pushback.

"We've reviewed that history carefully," said David Fithian, the university's executive vice president. "We understand mistakes that were made and believe we've learned lessons. I want to assure you that we genuinely have no plan in place, no secret plan. There are no sidebar conversations happening. We're trying to do better this time."

University officials said proposal discussions will be confidential, but that they plan to continuously engage with the village board. Officials will have more information for the village next month, said Jeremy Manier, a university spokesman.

Officials have been "responsive and helpful," said Dianna Colman, who is with the Yerkes Future Foundation. But Engquist said she doesn't believe the university has left enough time to find a new owner.

While the village could purchase the Yerkes property, there is little support for the move since the maintenance costs could total $400,000 to $800,000 annually, said Trustee Jim D'Alessandro.

The Yerkes Future Foundation would prefer the property be turned into an educational outreach and research center where events could be held, Colman said.