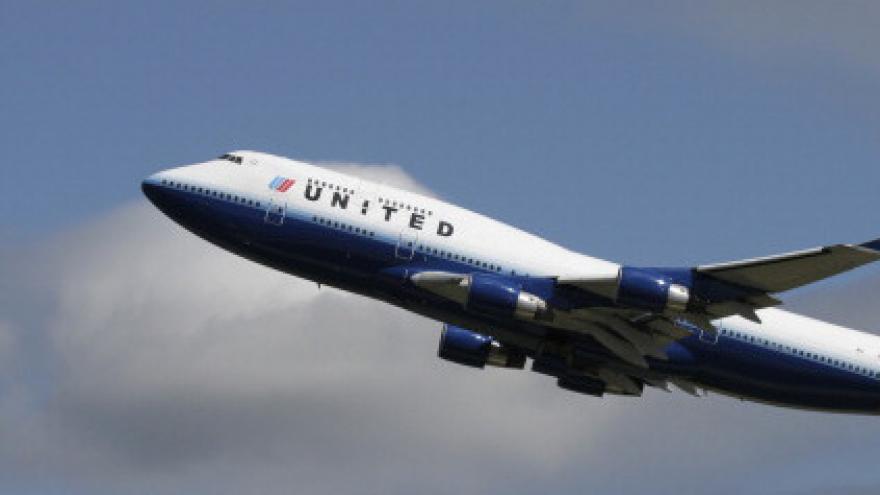 PHILADELPHIA (CNN) — With tickets in hand, Shirley Yamauchi – a teacher at Kapolei Middle school and her 27-month old son were on the final leg of an 18-hour flight from Hawaii to Boston.

“He and I, we had both our tickets scanned, we both went on board no problem,” Yamauchi said.

That is, until a male passenger, flying standby – showed Yamauchi his ticket had the same seat number as her son, 24A.

“It was very shocking. I was confused. I told him, I bought both of these seats. The flight attendant came by, shrugs and says ‘flights full’,” Yamauchi said.

Yamauchi says she didn’t want to cause a scene, remembering the recent United incidents like the Kentucky man who was violently dragged off his flight in April.

READ: Study: Nearly Half Of Americans Spending Their Entire Paycheck

So – Yamauchi was forced to sit her son on her lap for the three and a half hour flight.

“I had him in all these contorted sleeping positions. In the end, very sadly, he was standing up between my knees,” she said.

According to FAA guidelines, the FAA strongly advises against a child sitting on someone’s lap, saying to passengers “Your arms aren’t capable of holding your child securely, especially during unexpected turbulence.”

“What happened to my son was unsafe, uncomfortable and unfair,” Yamauchi said.

With no help from staff aboard Flight 2047 – Yamauchi searched for help. She spoke to agents at the gate, who directed her to customer service. Who then directed her to a hotline number.

READ: Police: 5 Arrested In Attack On Lifeguards In Ocean City

When she finally reached someone on the phone:

“I was told if we refund you anything right now, we’re going to have to cancel the rest of your flight arrangements to Hawaii,” Yamauchi said.

Flights home for an adjusted ticket price would be additional expenses on top of the $969 ticket that her son did not use.

Adding insult to injury, the man who took her son’s seat? Paid just $75.

“It’s worrisome. Everyone who has helped me so far has contradicted each other. With their suggestions, this needs to stop. United has made errors that make national headlines. yet, it continues,” Yamauchi said.