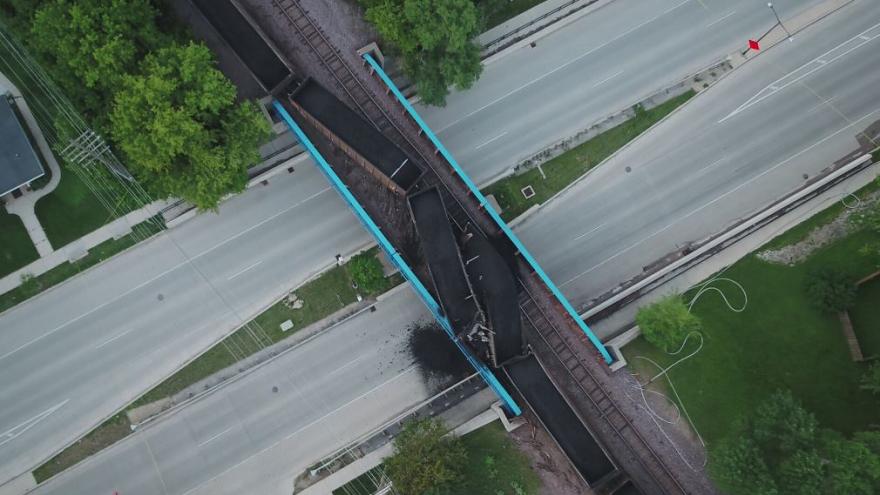 An update from Union Pacific Saturday night says that the track will re-open Monday, not Sunday.

The Wisconsin Department of Transportation says traffic has resumed on a stretch of road in West Allis that was closed after the derailment. Union Pacific spokeswoman Raquel Espinoza says the railroad worked to make sure the road was open for Friday's afternoon rush hour.

Twenty cars of a 145-car train left the tracks in West Allis about 6:20 PM Thursday, and some coal was spilled in two spots. No one was hurt, including the two workers on the train.

Espinoza said Saturday that crews have cleared most of the rail cars and are making track repairs. She says the track should reopen sometime Sunday.