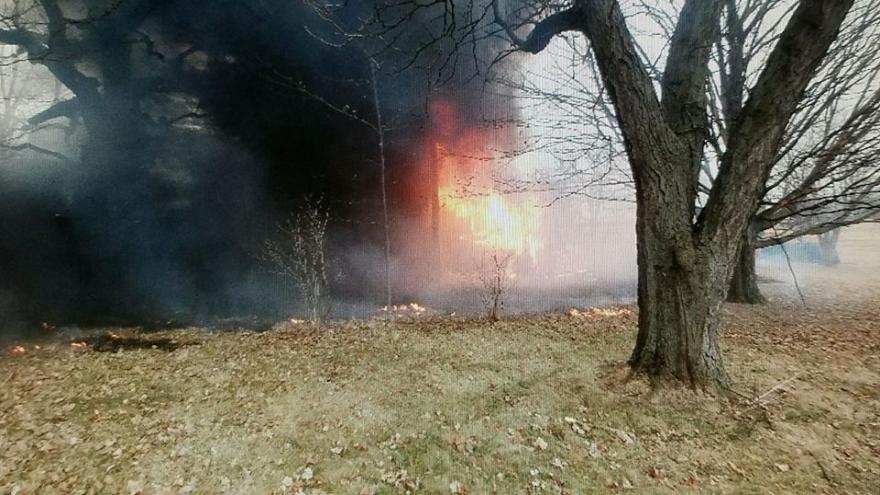 TOWN OF DOVER, Wis. (CBS 58) -- The Racine County Sheriff's Office along with multiple fire agencies responded to the 200 block of Downy Drive in the Town of Dover for a report of a barn fire.

It was originally reported that the elderly homeowner may be in the barn but he was later located safely outside, the Sheriff's Office says.

The fire was extinguished relatively quickly.

There were no injuries to any people or animals in the area.

It appears the fire may have started by an unattended wood burning stove.

The fire does not appear to be suspicious at this time.