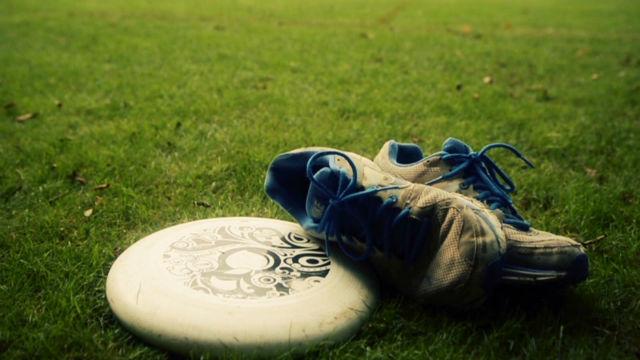 The International Olympic Committee has given Frisbee fanatics a reason to rejoice by granting the World Flying Disc Federation full international recognition.

The Sunday announcement made at the 128th session of the committee doesn't mean Frisbee athletes will be participating in the Olympic Games, but it's a step in that direction, said Tom Crawford, CEO of USA Ultimate, the national governing body for flying disc sports.

The recognition will allow flying disc sports to be considered for future Olympic Games.

Rauch compared being recognized by the IOC to playing the bench because the sport gets to be a part of the Olympic team but doesn't get to play on its field yet.

\"I think we're in pretty good stead,\" Crawford said. \"There are a lot of sports you'd recognize that are in the same category, including American football.\"

The process for becoming recognized by the IOC is rigorous, but Crawford said the sport had what the committee was seeking. He attributed the recognition to commitment to gender equality, \"spirit of the game philosophy,\" youth appeal, television exposure and diversity of the playing field.

The \"spirit of the game philosophy\" is what enforces the rules of the game since flying disc sports don't have referees. It relies on sportsmanship and integrity of its athletes, according to the USA Ultimate website.

There's an expectation that the international recognition of the sport will make a huge difference in getting widespread support for the game, he said.

According to a Spirit of the Sport video, there are 7.5 million people playing flying disc sports.

\"It's just a great sort of blessing of credibility for the sport,\" Crawford said. \"It's a legitimate sport and not just a game you play in your backyard.\"

Atlanta Hustle is a professional Ultimate team in Atlanta that competes in the South Division of the American Ultimate Disc League.

Atlanta Hustle General Manager John Boezi, who calls himself an \"Ultimate-is-my-life kind of guy,\" said the news is good -- especially for youth leagues.

He said the ability to approach an administrator with a request to use a school field or even to get funding is easier when he or she can say \"your students could one day be playing in the Olympics for the sport.\"

This recognition means the sport has the infrastructure and rules in place for it to be able to compete on an international level.

\"Now that we're recognized by that body, it makes it a possibility that we can then compete in the Olympics in the future,\" Boezi said.

Boezi said one of the advantages of Ultimate Frisbee is that players have many opportunities to play at varying levels.

Dutch Kirkman plays Ultimate Frisbee at three levels in Ohio. He's the captain of the University of Akron's club team, he plays for a local club team in Cleveland and he's a member of a local recreational team.

\"It's refreshing to see that the sport I participate in is being respected,\" Kirkman said. He said when he was in high school, Ultimate Frisbee was laughed at by his peers. He said basketball and football were seen as more \"macho\" sports.

If Ultimate Frisbee becomes an Olympic sport, Kirkman said he would adjust his goals to aim higher.

\"Instead of taking it 60% seriously, I'd take it more seriously and train and work out more,\" Kirkman said.

In the United States, this is the second win for Ultimate Frisbee in just over a year.

USA Ultimate became a member of the U.S. Olympic Committee in June 2014 as a Recognized Sport Organization, according to a news release on its website.

\"We're booming, and we're going to continue to boom, and this was one more helpful step,\" Crawford said. \"The reason it's doing so well is because it's just incredibly wicked fun.\"

The World Flying Disc Federation hopes to compete in the 2024 Olympic Games.