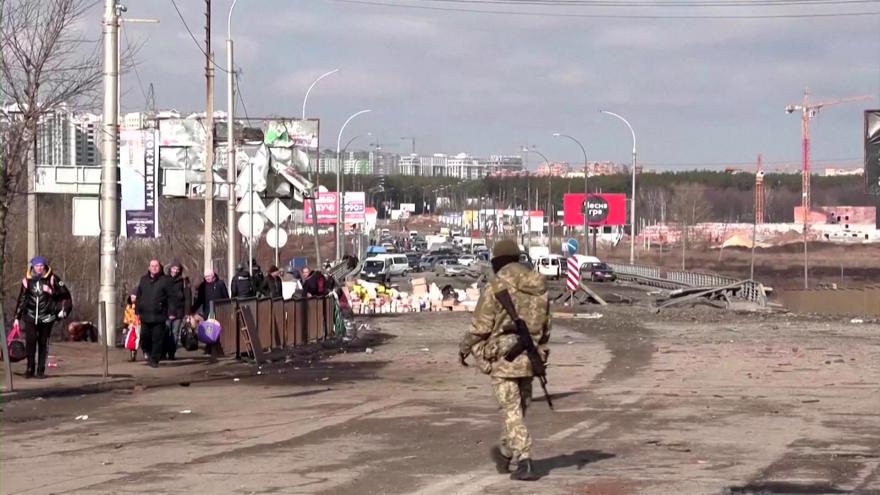 Its mayor says Ukrainian forces have retaken control of the city, which has been one of the main hotspots of fighting near Kyiv.

On a video posted on Telegram, Mayor Oleksandr Markushyn said Irpin "has been liberated," adding that it expected further attacks and would defend itself.

Milwaukee's acting Mayor Cavalier Johnson released a statement Monday, March 28, saying in part, "The people of that city and all the people of Ukraine have Milwaukee's hopes and prayers for peace."