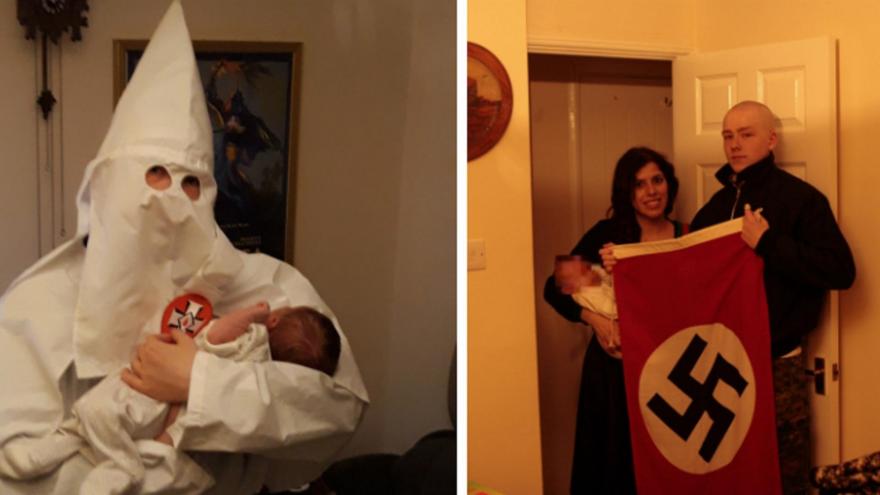 (CBSNews) -- A British court on Tuesday sentenced a fanatical neo-Nazi couple who named their baby son after Adolf Hitler to prison for belonging to a group banned under anti-terror laws. Adam Thomas was sentenced to six and a half years in prison and his Portuguese partner Claudia Patatas to five years in prison by judge Melbourne Inman at Birmingham Crown Court.

Thomas, 22, and Patatas, 38, were among six people sentenced for membership of National Action, which in 2016 became the first right-wing group to be banned under anti-terror laws.

In his sentencing, Inman said the group had "horrific" goals.

National Action wanted "the overthrow of democracy in this country by serious violence and murder, and the imposition of a Nazi-style state which would eradicate whole sections of society by such violence and mass-murder," Inman said.

The judge said the couple, who gave their child the middle name "Adolf", had "a long history of violent racist beliefs".

"You acted together in all you thought, said and did, in the naming of your son and the disturbing photographs of your child by symbols of Nazism and the Ku Klux Klan".

The couple's close friend, Darren Fletcher, who admitted National Action membership before trial, was also jailed on Tuesday for five years for the same crime.

Fletcher, 28, had taught his daughter to give a Nazi salute.