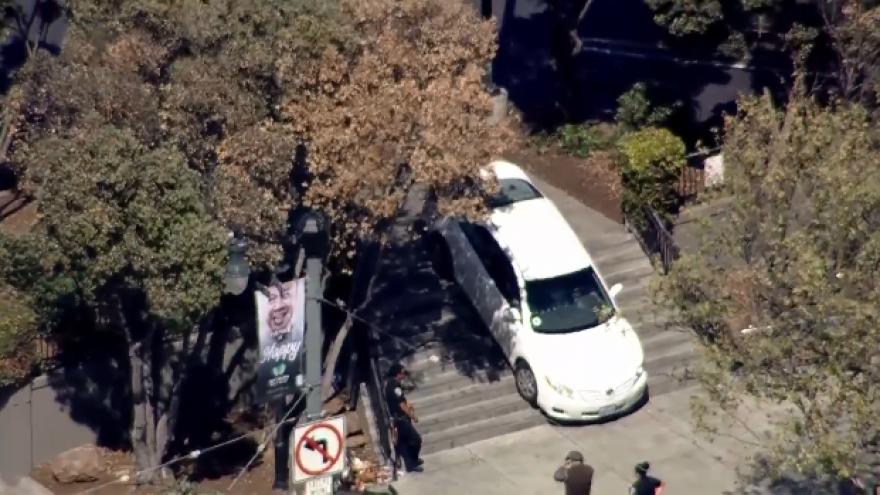 SAN FRANCISCO (CBS SF) — An Uber driver says he was following his mapping app when he took a wrong turn out of a Safeway parking lot in San Francisco and ended up driving down a flight of stairs.

The accident took place on Monday at 1:23 p.m. in the parking lot of a Safeway store on Market Street in San Francisco. The car, a white Toyota Camry, had a driver and two passengers inside at the time.

Business Insider said the driver — who only wanted to go by the name of Fred — told the news service that he was following his mapping application when he took the wrong turn out of the parking lot.

Instead of the street, the app led him to pedestrian stairs. The car went halfway down the stairs before he became stuck.

No one was injured and a tow truck eventually was able to pull the vehicle from the stairs.