Two Young Girls Shot and Wounded After Argument in Milwaukee 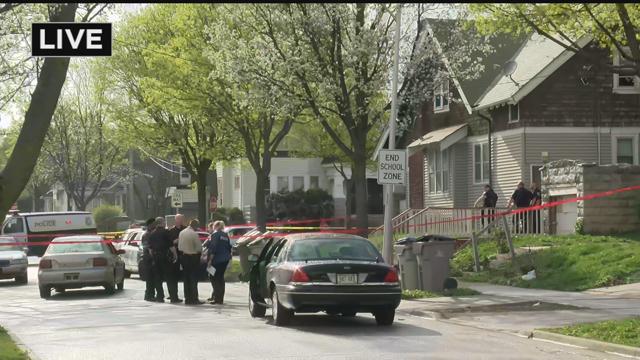 According to Milwaukee Police the victims, a 13-year-old and a 17-year-old, were shot after an argument. It happened just after 3 pm near 44th Street and North Wright Street.

Some who live near the scene say the violence is all too common in the neighborhood.

“I’m scared cause I think something bad is gonna happen to me and my little brother,” said 9-year-old Michael Harris

Michael and his five-year-old brother live just half a block from the shooting.

“I feel scared cause now it’s even worse and now it’s gonna be more dangerous in my neighborhood,” Michael said.

According to police this shooting stemmed from an argument, but Michael says the fighting and the gunshots aren’t new.

“When I go to sleep, sometimes I hear fighting and I hear gunshots,” Michael said. “It’s very scary so I get on the floor and pull the covers on the floor.”

DeMarcus Tyce, who also lives on the block with his young kids, says he thought he heard gunshots Monday but didn't think anything of it.

Tyce says he thinks twice before letting his kids play outside.

“As long as I can see you, we're good,” Tyce said. “But any more than halfway past the block then you ain't safe cause I can't see you good enough.”

And Michael says he won't be spending his summer biking around the neighborhood.

“I say I'll go outside as long as somebody watches me,” Michael said.

Police are still searching for a suspect in Monday’s shooting. Both victims are expected to recover.

Milwaukee Police are on the scene of a double shooting Monday afternoon on the city's north side.

Police say two girls were shot. Just 13 and 17 years of age, initial reports from the scene say the two victims are expected to survive.

The gunfire erupted just before three Monday afternoon near 45th and Wright.

Both victims were taken to the hospital by their family members.

A possible motive has not been released, only that the girl's were wounded after an argument.

A police source tells CBS 58 News they have an idea about the person they're seeking in connection with the shooting.

At last report, there were no arrests.

As more information becomes available,  we will bring it to you.