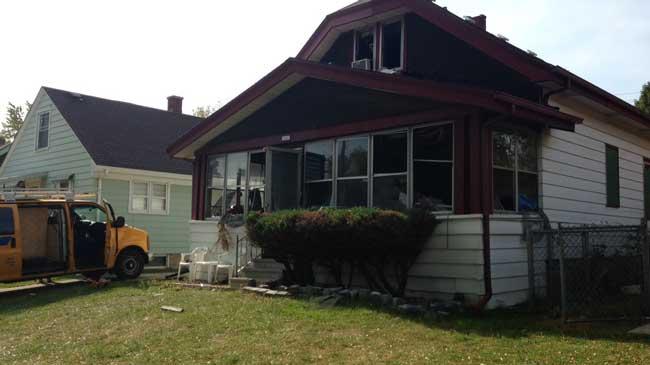 The two year-old's death has been ruled a homicide in the fatal fire in the 5600 block of North 36th Street.

Taenajah Morgan, 2 year-old, and her, 10 year-old, brother where pulled from the fire and taken to the hospital in serious condition.

Milwaukee Police Department is currently searching for a known suspect.

The grandmother saved four of her grandchildren from the burning home.

Neighbors saw her banging on doors looking for help.

Fire crews were called to the scene at about 2:00 AM.

It took them two hours to get the fire out.

“Her and the four kids came out, I know she had a hard time seeing, because there was a lot of smoke in the house,” said Sergeant Todd Lewan.