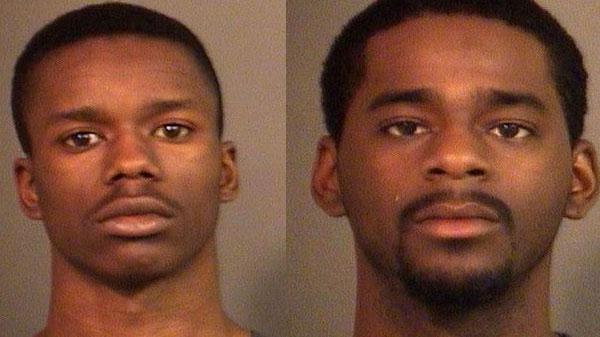 MISHAWAKA, Ind. (ABC 57)- Two men were arrested after they allegedly attempted to rob two women they were on a date with, according to the St. Joseph County Prosecutor's Office.

The two women told Mishawaka Police they went on a date with men they knew as J-Rock and Smiles on March 24.

They said they picked up the two men, later identified as Dwayne M. Johnson Jr, also known as J-Rock, and Darius Dashawn Anderson, also known as Smiles for the date.

When the date was complete, the women took J-Rock and Smiles to Hickory Village to drop off one of the men. There, the men allegedly pulled out guns and demanded the women give up their possessions.

According to court documents, the men tried to pull both women out of the car to take their belongings. One of the women locked the door so she couldn't be pulled out.

The other woman was pulled out of the vehicle and the men tried to take her purse. She eventually got away and the two women drove to a nearby church and called 9-1-1.

One of the women told police she met Johnson on an online dating site and showed police his profile. Police also located a cell phone in the back seat of the victim's vehicle.

When she called the number she had for Johnson, the cell phone rang, police said.

Police located two men who matched the descriptions of the suspects nearby.

Johnson denied everything, including owning the phone located in the victim's vehicle.

Johnson and Anderson were arrested and each charged with two counts of attempted armed robbery.