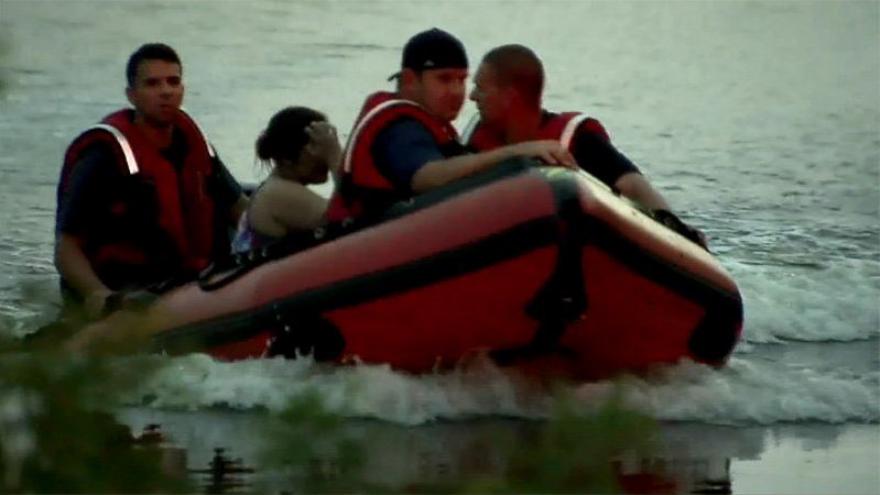 (CBSChicago) — Two young women were rescued Wednesday night from the swollen Fox River, after ignoring a ban on boating and getting into trouble.

The two, both 19 years old, took an inflatable raft into the fast-moving river near Lippold Park around sunset. Their raft flipped along an island in the river, according to North Aurora Fire Chief Brian Lambert.

“Thus, causing them to having to grab onto the tree, and hold on to dear life, and fortunately there were five other kids that heard them screaming for help. Otherwise, I don’t know if we would still be having the same happy conversation of a rescue,” Lambert said.

The chief said the two women were losing their grip when a rescue boat arrived, and they might have been able to hold on for about a minute longer.

Both women were shocked to learn about a dam located about a quarter- to half-mile downstream, Labmert said.

“You get trapped in that dam, and we’ve had many calls here where unfortunately it turns out fatal,” he said.

The women refused medical treatment after they were brought back to shore.

The Fox River was still above flood stage at the closest National Weather Service gauge near Montgomery, measuring 13.5 feet Wednesday night. Flood stage at that location is 13 feet.