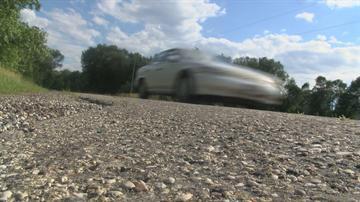 TOWN OF FARMINGTON -- On Sunday at around 9 a.m. the Washington County Sheriff's Office received a 911 call regarding a car traveling east bound in the wrong lane of traffic on Newark Drive, near Indian Lore Road in the Town of Farmington.

The caller reported the vehicle appeared to have been occupied by two young children and the youth that was driving the vehicle was not able to keep the vehicle in the correct lane of traffic as the caller continued to follow.

A Washington County Sheriff's Deputy was able to intercept the vehicle approximately three miles from the initial call location.

Before the Deputy was able to make the traffic stop, the operator of the suspect vehicle went into the ditch in the area of Cty Trunk A and Trading Post Trail in the town of Farmington. there were not any injuries to either of the juveniles and the vehicle did not sustain any damage as a result of going off road.

Deputies say these are the same two children that were involved in a similar incident on June 14, 2014 in the Town of Barton.

During this investigation it was determined that the vehicle belonged to the step father of the 9 year old and was taken from the City of West Bend.

The vehicle was removed from the scene by a local towing company and the two children were transported by the deputy to the Sheriff’s Office to meet with officers from the West Bend Police Department, members of Washington County Acute Care Services and the children’s parents.

The Sheriff’s Office will not be seeking any traffic related charges on the youth, but the stolen vehicle complaint, and the circumstances regarding the missing vehicle, was turned over to West Bend Police and the Washington County Department of Human Services.