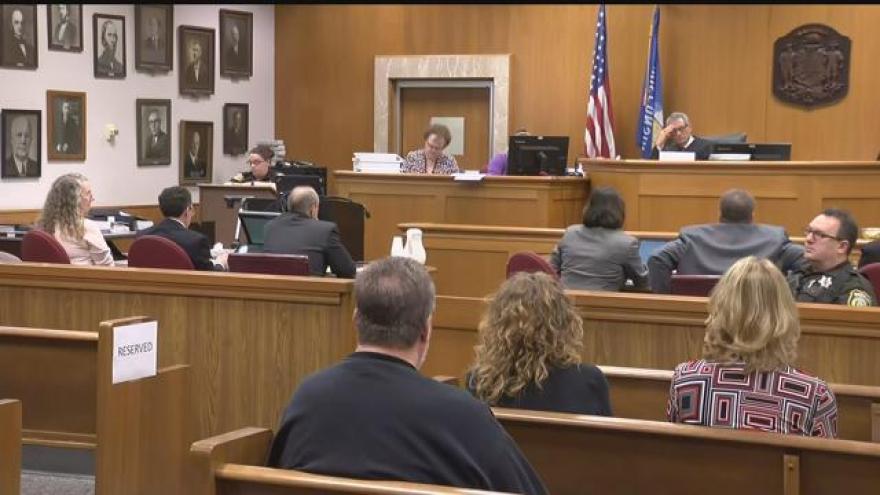 Police say Amy Van Wagner shot her husband Stan multiple times before dragging his body to the basement of their Waukesha County Home.

Van Wagner's lawyers promise that two witnesses and two medical experts will debunk the prosecution's theory of what happened back in May.

Investigators believe the couple's money problems and possible divorce played into the motive.

They also say Van Wagner used her husbands phone and facebook to cover her tracks.

"She doesn't call 911," Melissa Zilavy, Assistant District Attorney, told jurors. "She doesn't do anything like that. She runs across the street and tells her neighbor. Her neighbor goes downstairs in the basement, finds that Stan is dead, wrapped in a tarp."

But her defense countered that her demeanor in the presence of police and neighbor Don Hanson tells a completely different story.

"The police come and they tell Amy that her husband is dead." recalled John Schiro, Defense Attorney. "I believe Don Hanson describes her collapsing and her whole world went boom."