The National Weather Service confirmed two tornadoes in southeast Wisconsin from Monday's storms during damage surveys completed Tuesday. The first tornado was in Lake Geneva and on the ground for just over 3 miles. It was a skinny tornado at only 50 yards wide and had peak wind around 80 mph. The second tornado started in northern Illinois where it had EF-1 damage of 90 mph right along the border then weakened a little to EF-0 with 80 mph peak wind near Camp Lake in Kenosha County. That tornado was a little wider at 150 yards and was only the ground for seven minutes and almost four miles. 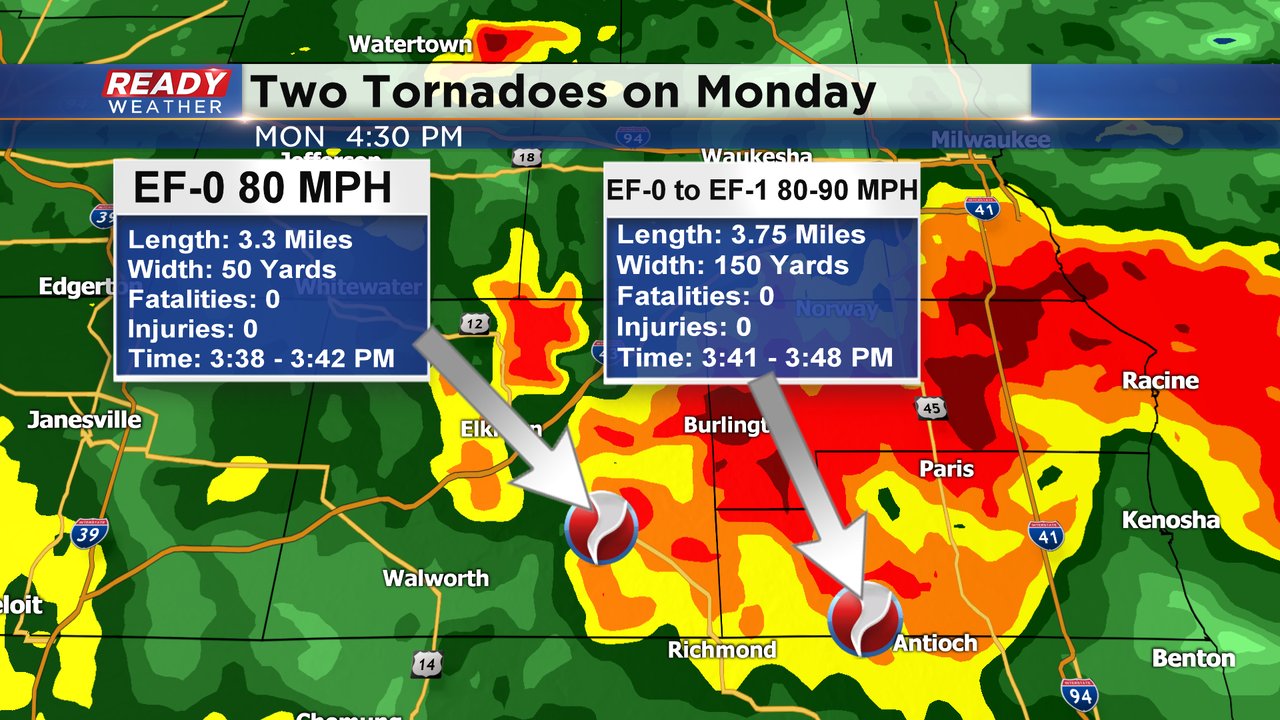 The National Weather Service also looked at damage in Union Grove in Racine County but didn't find anything consistent with tornadoes. That damage was likely straight line wind from 50-70 mph.

In addition to the two tornadoes confirmed locally from Monday's storms there was also a confirmed tornado in northern Wisconsin in Vilas County that was an EF-1. That puts our 2020 state tornado total at 16 which is still a little below the yearly average of 23. 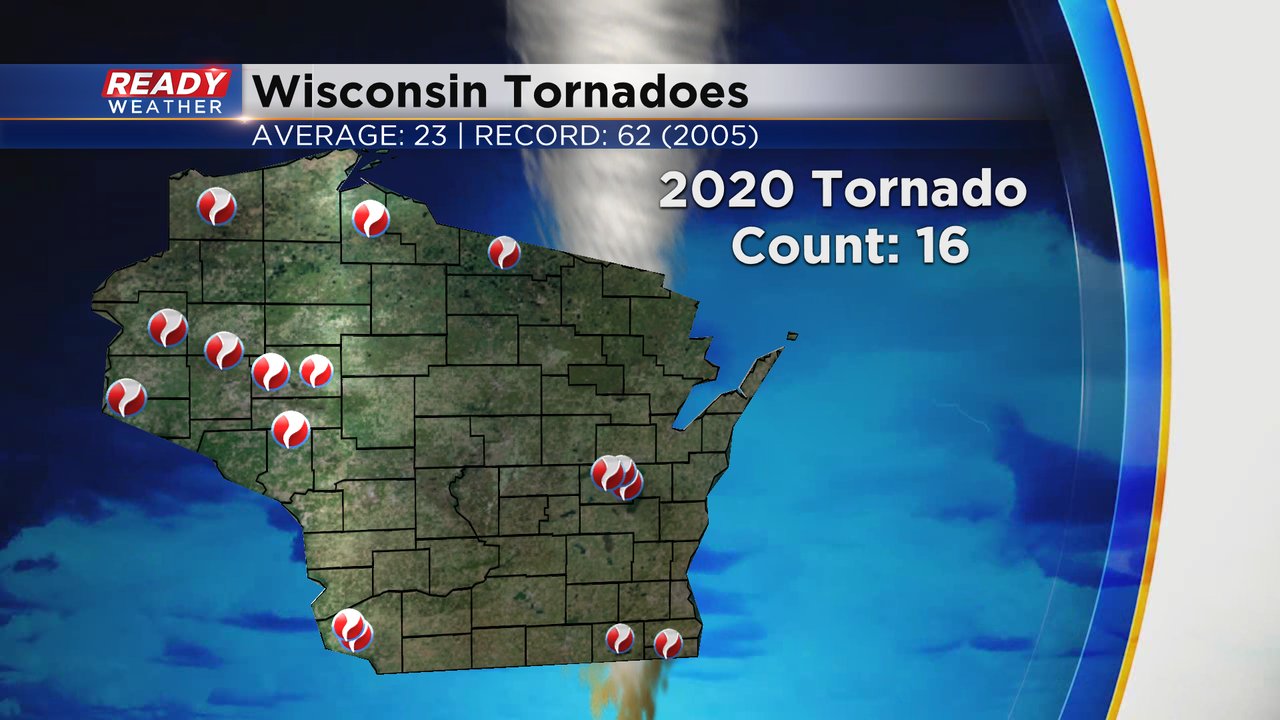 Download the CBS 58 Ready Weather app for the interactive radar that you can use to track storms as they roll in.