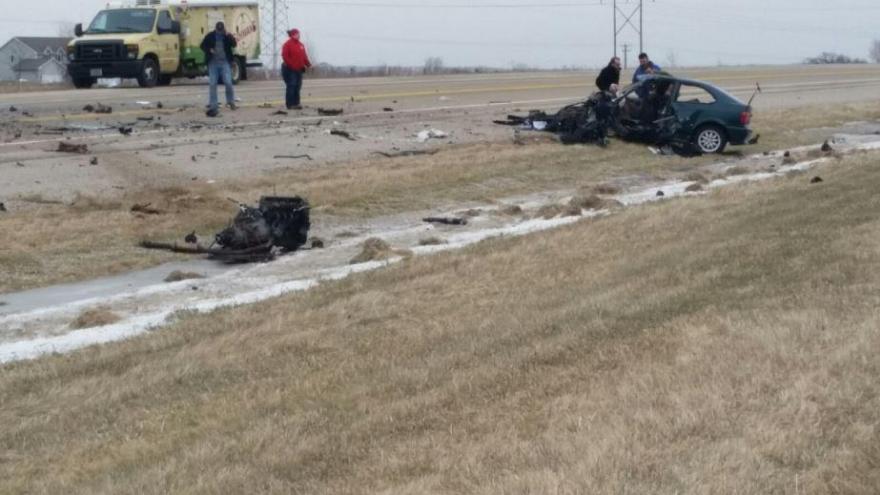 On Wednesday January 11 at approximately 10:10 AM, emergency officials were dispatched to a report of a semi versus car head on crash on the Highway 12 bypass just east of the South Wisconsin Street overpass, in the Town of Whitewater.

When units arrived they observed a green 1997 BMW on the eastbound shoulder with extensive front end damage. A 2012 Volvo semi-tractor with an attached tanker trailer was off in the southbound ditch. Debris was scattered across the roadway and Highway 12 was closed for approximately six hours in the Whitewater area for investigation and cleanup.

The driver of the BMW was identified as 21-year-old Ryan Gellings of Whitewater. Gellings was transported by ambulance to a local trauma center in critical condition. The driver of the Volvo semi was identified as 43-year-old Marc Tracy of Carpentersville, IL. Tracy was also transported to a local trauma center with moderate injuries. The drivers were the only occupants in each of their vehicles.

The Crash remains under investigation by the Walworth County Sheriff’s Office Crash Investigation Team and the Wisconsin State Patrol.