Two Shot, One in the Head, in Brookfield After Neighbor Dispute 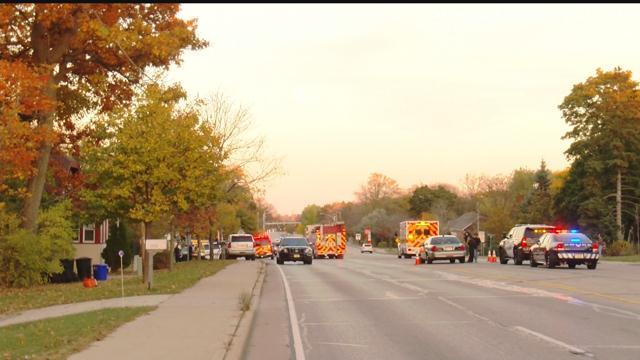 City of Brookfield Police responded to the 1200 Block of Edwards Street around 4:30 PM Sunday for a report of shots fired.

Three neighbors were talking in a backyard and got into a dispute with a fourth neighbor. That fourth neighbor, a 76-year-old man, went into his residence, returning with a handgun and began to shoot and hit two neighbors.

The suspect was later taken into custody peacefully by police.

Brookfield Police tell CBS 58 there have been previous issues between the neighbors.

Captain Jim Aldam with the Brookfield Police Department told the media the initial call reported that one person had been shot, but when they arrived at the scene and started setting up a perimeter, investigators found a second victim.

"The two subjects that had been shot are male whites in their 50s," Captain Aldam said. "The suspect is also in his 50s and a Brookfield resident."

"We heard it was a neighbor that was arguing with another, came outside and started firing shots," Sosnay said. "My husband and I were in the backyard with the dogs and we all of sudden heard six or seven shots, it was kind of a unique sound, he said what was that, I said I think that was gunfire, so we went in the house. Pretty soon all of the cars were coming fast, rerouted traffic, looked out and there's a larger police presence out here."

In recent weeks, Brookfield and surrounding communities have seen an increase in crime, including as recently as this weekend when a New Berlin Walmart was put on lock down after an armed robbery.

RELATED: One Still Missing After Police Lock Down Walmart to Search for Armed Robbery Suspects