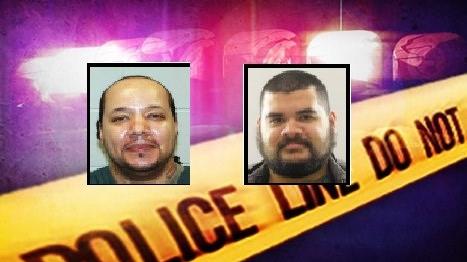 Two registered sex offenders are expected to be released in Pleasant Prairie in the next month.

Mario W. Thomas is scheduled to be released from prison on December 15 and will move into a residence in the 11200 block of Old Green Bay road in Pleasant Prairie. Thomas is convicted of aggravated criminal sexual abuse against female teen acquaintances.

In addition, Juan Isaias Martinez is expected to be released from prison on January 5 and will move into a residence at the same location as Thomas in the 11200 block of Old Green Bay Road in Pleasant Prairie. Martinez is charged with Child Abduction and 3rd Degree Sexual Assault against minor males and females.

Martinez is described as a white male, 6'00", 250 pounds with hazel eyes and black hair. Martinez is 26-years-old.

Both sex offenders have been placed in a classification level that reflects the potential to re-offend.

Both sex offenders are expected to comply with the following rules which include no unsupervised contact with minors, no bars of liquor stores, no contact with previous victims, no consummation of drugs or alcohol, and cooperation with electronic monitoring.