Two Rounds of Storms Could be Strong on Monday 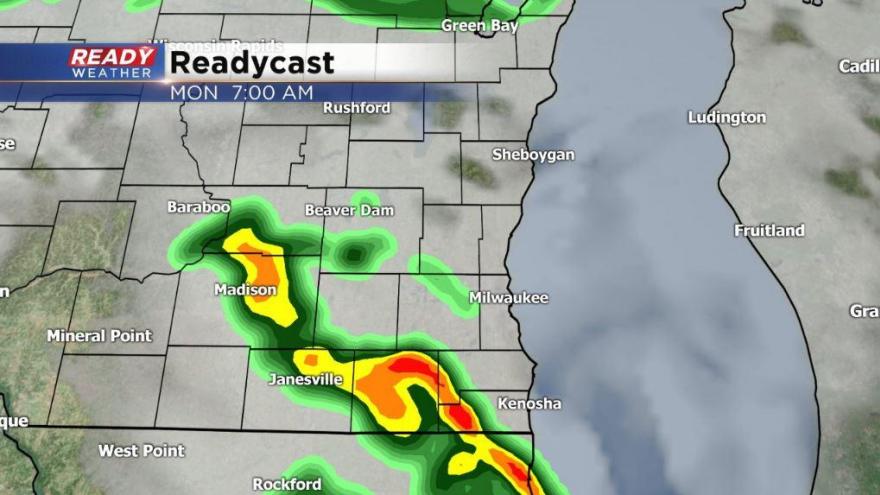 Sunday proved to be a gorgeous day with highs reaching the 70s for everyone in southeast Wisconsin. Burlington even made it to 80° and Milwaukee's high of 74° was the warmest of 2017 topping February 22nd's high of 71°. The warmth will stick around for Monday, but it comes with a chance for two rounds of storms.

The first round arrives early Monday morning. Timing between different weather models is a little off with some bringing in storms as early as 3 AM and others holding them off until 7 AM. The latest version of Readycast shows the storms rolling quickly through southeast Wisconsin around 7 AM. 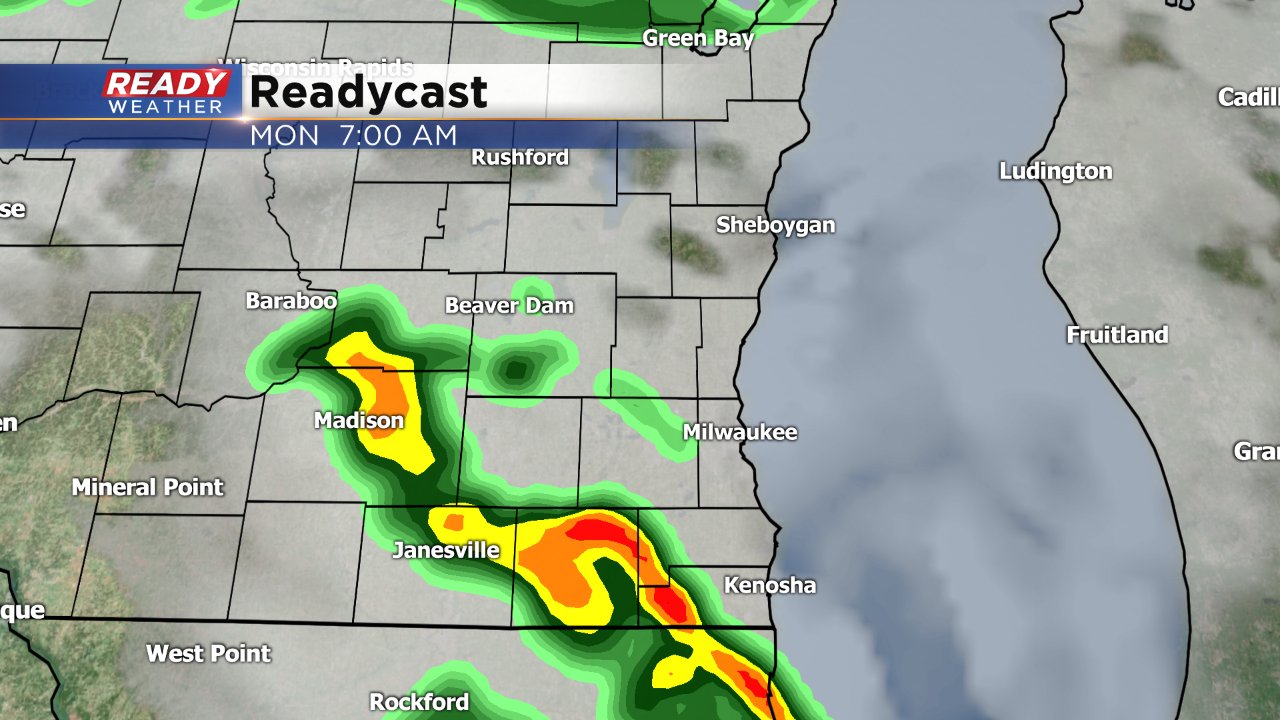 The National Weather Service has most of southeast Wisconsin in the marginal risk for severe weather since some of these storms could be strong or severe. Typically it is difficult for storms to become severe at night but since temperatures will hardly cool tonight it will give any potential storms increased fuel to become strong. 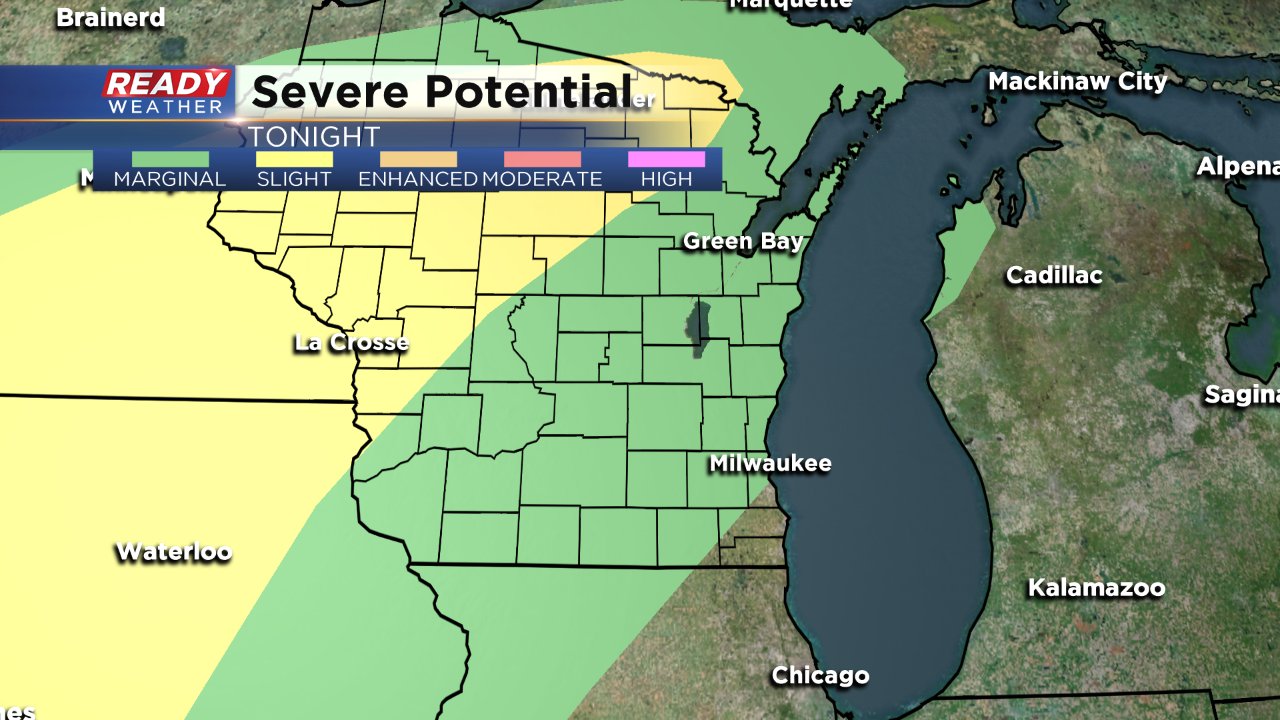 After the first round of potential storms rolls through a second round is possible during the afternoon of Wednesday after 3 PM with a few pop up showers and storms. Just like the morning round these storms will be quick in and quick out. 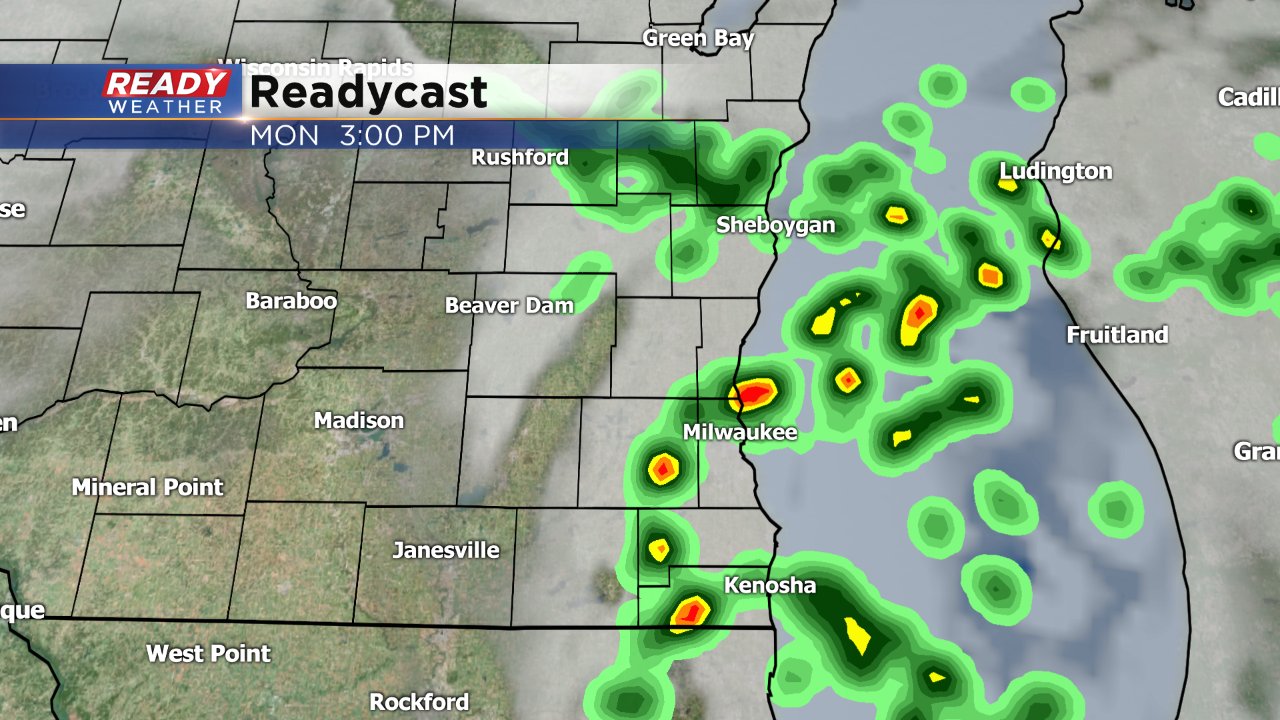 Once again, the National Weather Service has placed southeast Wisconsin in the marginal risk for severe weather. These storms will be firing along a cold front, but at this point don't look as strong as the morning round. 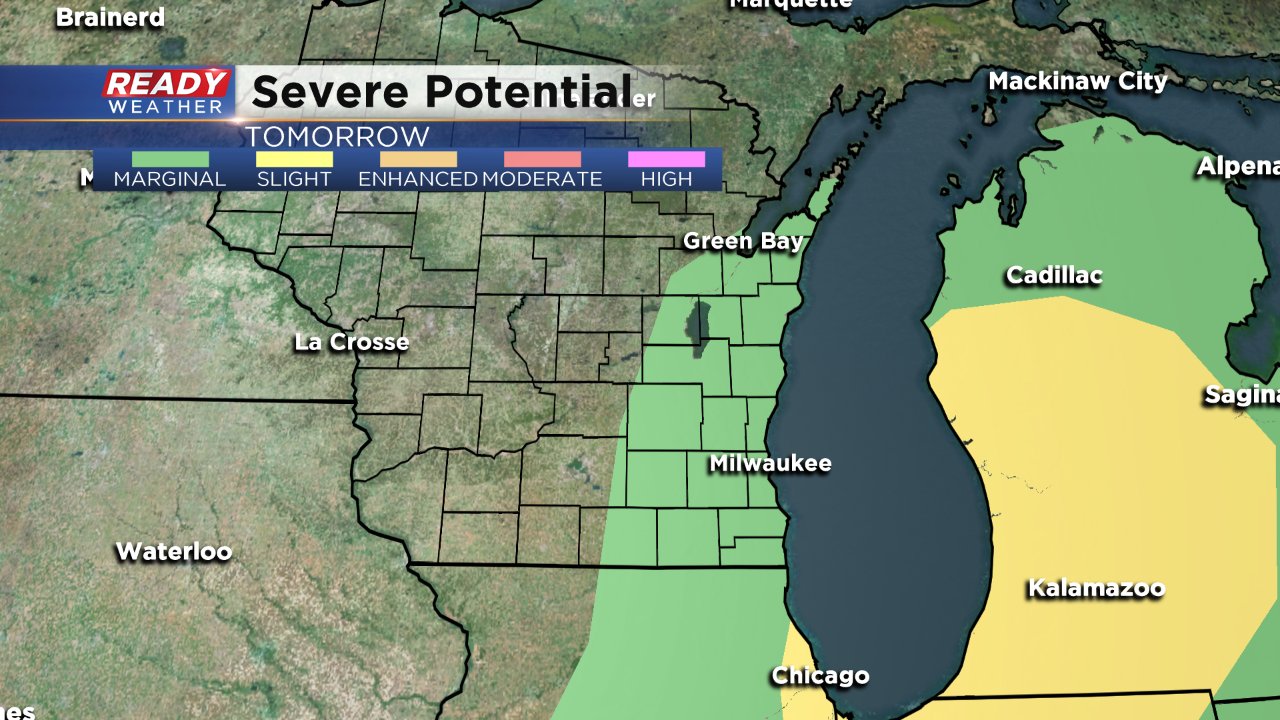 Overall these storms look to be elevated which means that they form at a higher elevation. Elevated storms don't have a large tornado risk but usually are accompanied by some hail so hail will be the biggest threat with any storms that develop but gusty wind is also possible along with some brief downpours. 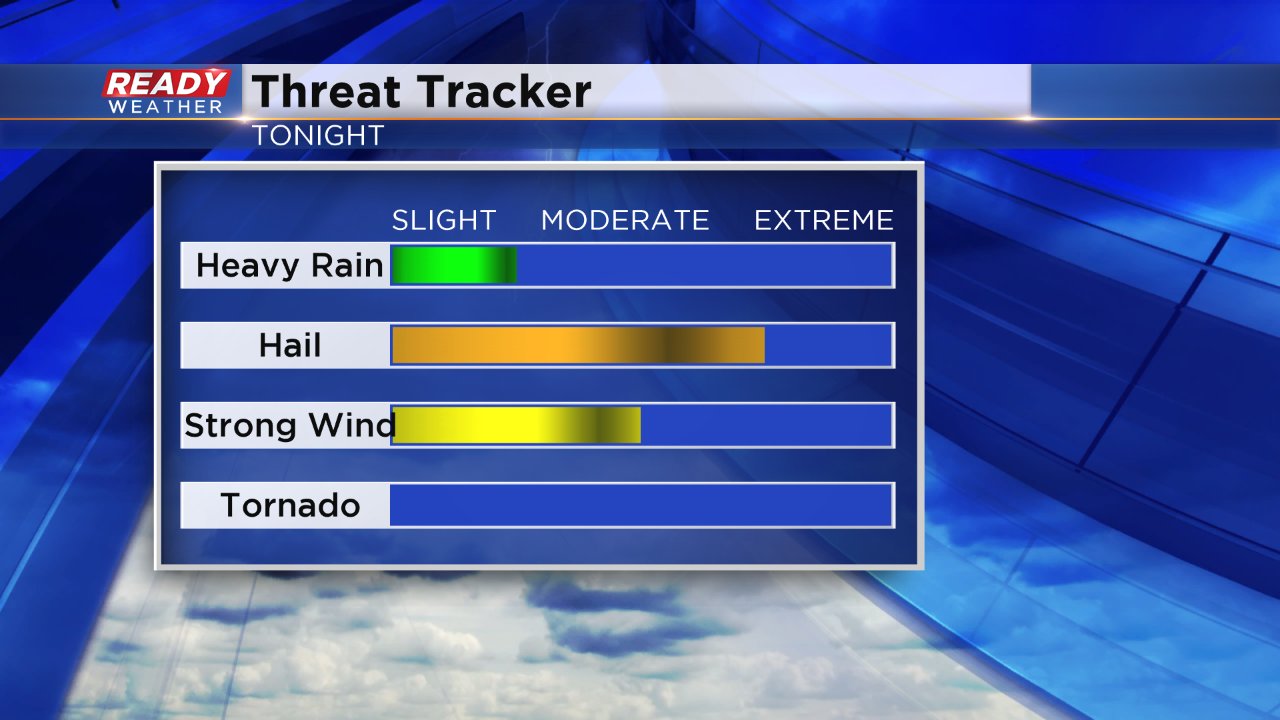 These storms are in no way a knockout and there's a chance that they don't form at all, but if they do they could be strong. Download the CBS 58 Ready Weather app which will give you warnings if any severe storms pop up where you love. You can also track the storms with the interactive radar.