1 person dead, another injured after being struck by vehicle at Menomonee Falls fireworks show 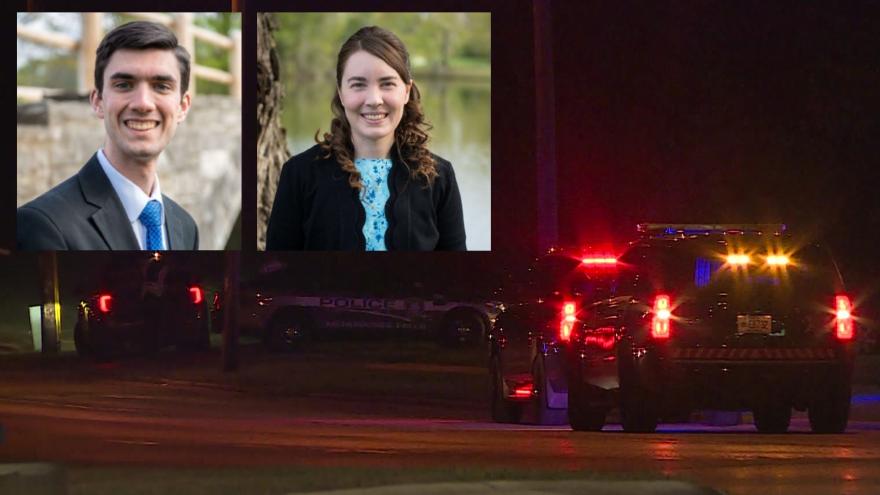 UPDATE (CBS 58) -- A man is dead after a tragic accident following the fireworks show in Menomonee Falls around 10 p.m. Sunday night.

According to Menomonee Falls police, an 18-year-old Germantown woman lost control of her vehicle and struck two adults in the Pick 'N Save parking lot near Stadium Blvd. and Appleton Ave.

The two victims, a 24-year-old man and 25-year-old woman are siblings from North Carolina. They have been identified by their pastor as Ben and Emily Grace Reimers. Unfortunately, the man died from his injuries. The woman is being treated at a local hospital for life-threatening injuries.

The driver had two juvenile passengers in the vehicle and stayed on scene. There were no injuries to the vehicle occupants. Alcohol and drugs do not appear to be a factor.

Any members of the public that witnessed this crash or have video of the crash are asked to contact Menomonee Falls PD at 262-532-8700.

According to authorities, police initially responded to a call for multiple people hit in the Pick N' Save parking lot near Stadium Blvd. and Appleton Ave. around 10 p.m., Sunday night.

When they arrived, only two people were injured. The driver stayed on scene, and police said they believe alcohol was not a factor.

The victims were transported to a local hospital for their injuries.

Menomonee Falls police are still investigating the incident and updates will be released in the near future.