Leaders from Fans Only, LLC tell CBS 58 one of the shirts features the Milwaukee Lumber Company. The shirt features the tagline, "Rebuild with us". The other shirt being released features Christian Yelich. It says "MVP Campaign 2018". 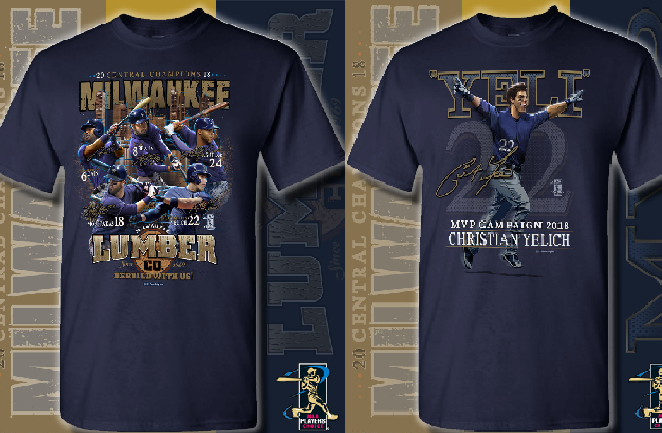 Several thousand shirts are being printed at Orchard Street Press in St. Francis. They will be available at all Wisconsin Woodman's locations.