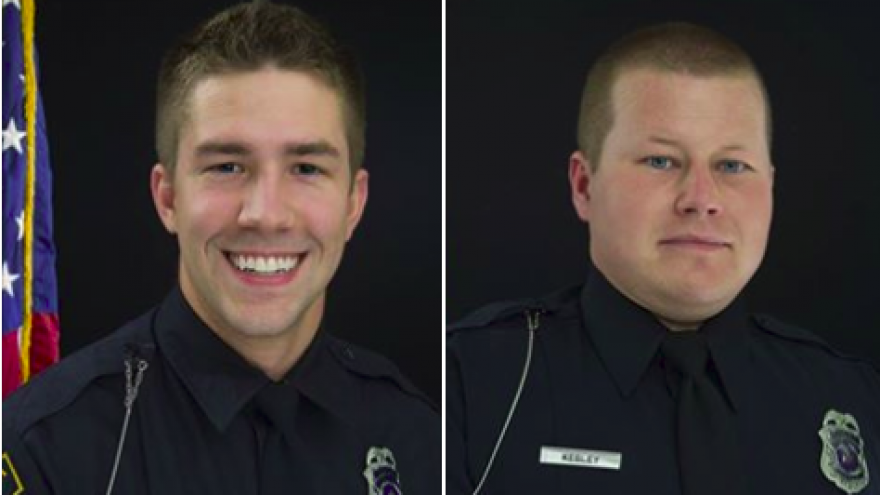 New Berlin Officers Ryan Straus and Kyle Kegley were assigned to drive to Greendale PD to pick up a prisoner around 3 a.m.

On the way there, they came upon a one-vehicle accident on I-894/43 near 84th Street in Greenfield. The vehicle was badly damaged to the point where the doors would not open. All the airbags had deployed and the engine compartment was fully engulfed in flames.

Kegley and Straus were the first officers to arrive on the scene. They were soon joined by a City of Greenfield Officer, who worked together to pull the female driver from the passenger window of the vehicle while attempting to keep the flames at bay with their fire extinguishers.