Two Milwaukee babies die over the weekend, not related to co-sleeping 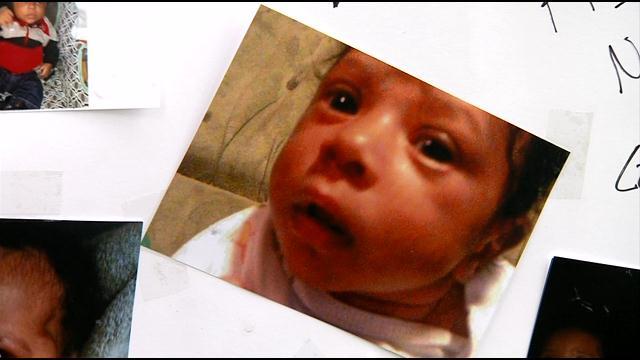 Two babies were found dead over the weekend in Milwaukee.

One on the city's north side near 34th and Lisbon.

One and a half month old Abas Jama was found dead in his bouncy seat. The medical examiner says the death was not related to co-sleeping and does not appear to be suspicious.

The other death occurred on the south side near 14th and Becher.

The medical examiner's report states there were no signs of trauma and they are now waiting on the toxicology report for the cause of death in death of 4 month old Deondre Shackleford Jr. He was found unresponsive in his pack n play on Saturday.

His father, too shocked and upset to go on camera, was able to open up to us off camera and shared what Deondre was like. He said Deondre was a joyful baby who was always laughing.

He said Deondre enjoyed spending time with his two year old sister. The family is having a hard time coping.

Family and friends came together over the weekend for a vigil. There's a makeshift memorial, filled with teddy bears and balloons in their backyard.

A gofundme has been set up for the family; gofund.me/xc4tqjc4