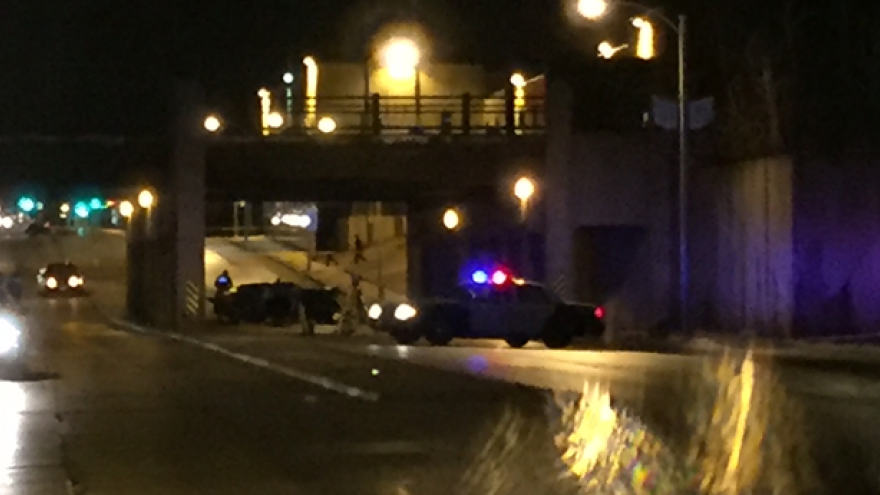 Two Milwaukee men are dead and a third man is in custody following a late night car accident near N 32nd Street and W Hampton Avenue.   According to the Milwaukee Police, a 2016 Nissan with the three occupants was westbound on Hampton Avenue at a high rate of speed around 10:25 PM when it collided with the concrete pillar of a railroad bridge.   One of the occupants was thrown from the vehicle and died at the scene.   A second man in serious condition was taken to a local hospital where he died of his injuries.  A third occupant of the car fled the scene.   MPD officers were able to apprehend the 18-year-old and take him into custody.  As a precaution, he was taken to a local hospital for examination.   At the time of his arrest, the man was armed with a pistol.  A second pistol and an amount of what Police believe to be narcotics were recovered from the vehicle.   The MPD is continuing to investigate the circumstances leading up to the fatal crash.