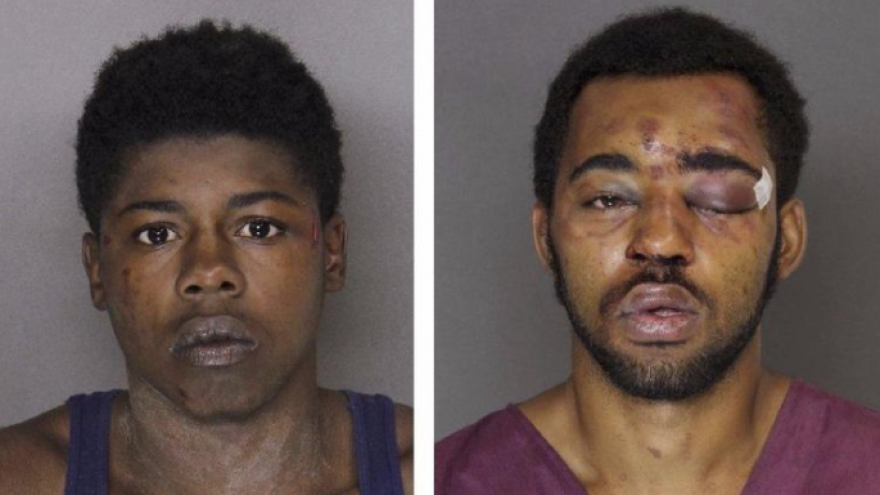 CBS Local — Two men are being held on armed robbery charges in Baltimore after the duo allegedly tried to rob a pub. What the suspects didn’t know was that the Baltimore-area bar was packed with police officers, gathering to celebrate one of their colleague’s recent retirement.

According to the Baltimore Sun, Joseph McInnis III and Tyree McCoy barged into Monaghan’s Pub around 5:30 p.m. on Aug. 29. The pair, wearing masks, reportedly held up a worker at the register and demanded cash before fleeing the bar.

Unknown to the suspected robbers, the customers were all ready and willing to chase after them. McInnis and McCoy were reportedly tracked down and quickly caught by a group of off-duty cops from the party.

The officers didn’t need to wait long for assistance because there is another police precinct right across the street from the bar. “It’s kind of odd you would even attempt it,” said Monaghan’s Pub owner Jack Milani. “Officers are always in here. There was a decent amount of them.”

According to a Baltimore County police spokesman, the party was being held for Sergeant David Neral who had been with the department since 1988. “He’s worked in this community as long as I can remember,” Milani said.