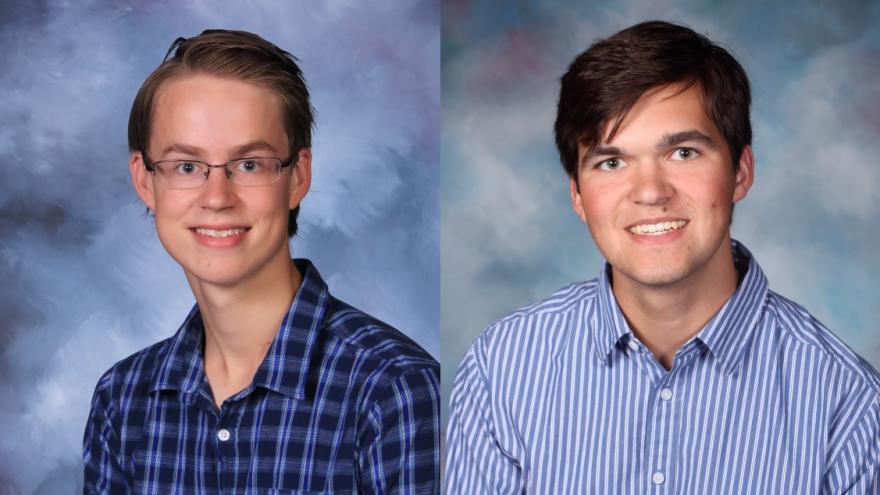 Elisha Doerr and Nathan Wranovsky, two juniors from Wisconsin Lutheran High School, earned the highest possible ACT composite score of 36. Nationally, just one-tenth of one percent of students who take the ACT earn the top score. In 2016, only 2,235 of nearly 2.1 million students earned a composite score of 36.

The ACT consists of tests in English, mathematics, reading and science, each scored on a scale of 1–36. A student's composite score is the average of the four test scores.

Both Doerr and Wranovsky are taking several AP classes at WLHS, including Calculus AB, Calculus BC, US History, Psychology and English, and are active in numerous co-curriculars.

Doerr is co-captain of the WLHS Robotics team, which took second place in programming at the FIRST State Championship this season. He also sings in Inspiration (a vocal jazz group), is a member of Agents of Change and participates in the Video & Photo Club at WLHS. During the summer, Doerr volunteers at Camp Phillip in Wautoma.

While Doerr plans to attend Martin Luther College in New Ulm, MN, to become a pastor, he is also applying to Yale, Harvard and MIT.

Wranovsky is a talented vocalist, musician and actor. He is Drum Major of the WLHS Marching Band, plays saxophone in the WLHS Band and Jazz Ensemble and sings in the A Capella Choir. He is president of the Drama Club and, in the fall, appeared as Matthew Cuthbert in the high school’s production of “Anne of Green Gables.” Wranovsky is also a member of Agents of Change and volunteers at Camp Phillip in Wautoma during the summer.